Minecraft is one of the most popular video games of all times, joining the likes of Mario and Tetris. Developed by Mojang Studios and released in November of 2011, Minecraft has millions of players to date.

All thanks to the endless procedurally generated 2D world, you never run out of space or resources to collect. However, in the last few days, players have encountered several bugs and glitches. Just few days ago, players complained about boats disappearing when they get off while others said they were getting ‘Internal Exception: java.io.ioexception’ error

And as if that isn’t enough, players are now saying that they are unable to connect to the game servers. Many reported that the Minecraft servers are down at the moment on Downdetector.com.

Players tried restarting the game but it is not helping. You can clearly see the surge in number of reports in the last few hours on Downdetector in the image below.

Here are what some of the complainants have to say.

Can’t login
When I try to login on the site, it says ” We could not validate your access, please try to login again.”, but it doesn’t work. Are the servers down or something?
(Source)

hey @MojangSupport are the servers having issues? im trying to play modded minecraft on aserver but i got told auth servers are in maintenance and now get a forcibly closed error but my other friends (not in the same country as me) can play fine
(Source)

Thankfully, Mojang Status has shed some light on the matter and confirmed the fact that Minecraft servers are currently down for maintenance.

We are running an update behind the scenes which is impacting some of our services for Minecraft: Java Edition. Multiplayer is affected. – Ined
(Source)

However, they did not share any timeline on when the servers will be back up and running. From the looks of it, it seems Minecraft players will have to wait a few more hours before they are able to connect.

We hope Mojang Studios warns Minecraft players before taking the game offline so they can complete their activities before the servers go off.

Nevertheless, we will be keeping an eye out on the issue and updating this space as and when required, so stay tuned.

09:29 am (IST): Mojang Status on Twitter said that their maintenance update is complete and services are healing. However, still, they have not confirmed when the services will be fully restored.

01:37 pm (IST): Fresh reports on Twitter and Downdetector now suggest that Minecraft is currently down or not working for many.

03:36 pm (IST): The recent outage with Minecraft is seemingly resolved as we haven’t come across any fresh user reports on Downdetector.

05:05 pm (IST): Many users have taken to Twitter and Reddit to report that Minecraft is down or not working for them. Moreover, reports on Downdectector also confirm the same.

Fortunately, Mojang support has acknowledged this outage and said that they are working to resolve it. However, they did not provide any ETA for the fix.

09:34 am (IST): Mojang support on Twitter has confirmed that the recent outage with Minecraft has now been resolved.

04:17 pm (IST): Many users have taken to Twitter (1, 2) to report that Minecraft Authentication servers are currently down or not working for them.

06:31 pm (IST): The recent outage with Minecraft has now been resolved as we haven’t come across any fresh user reports on Twitter.

02:03 pm (IST): Many players have taken to Twitter to report that Minecraft is currently down or not working for them. Also, reports on Downdetector suggest the same.

06:38 pm (IST): According to reports on Downdetector, the recent outage with Minecraft has now been resolved.

09:30 am (IST): Many players have taken to Twitter to report that Minecraft servers are currently down or not working for them. Moreover, reports on Downdetector also suggest the same.

Fortunately, Minecraft support has acknowledged this outage and confirmed that they are working to resolve it.

We are aware that some players are having trouble accessing servers right now. We are actively working on a fix. jhp (Source)

10:50 am (IST): According to fresh reports on Twitter, many Minecraft players are unable to access the game as they keep getting ‘authentication servers are down’ error.

Luckily, support team has acknowledged this issue and said that they are working to fix it.

We apologize for the inconvenience, this is currently a known issue and the team is working on a fix. We have no ETA at this time and appreciate the patience. ^FF (Source)

07:06 pm (IST): The recent issue with Minecraft authentication servers appears to have been resolved as we haven’t come across any fresh reports. 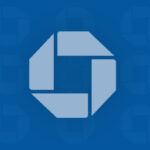