Google Pixel 7 'black screen of death' issue reported by a section of users, but there's a potential fix

Google released one of its most-talked-about Pixel 7 series and quickly became the talk of the tech town. While sticking to the bare minimum, not a lot of prominent changes were introduced.

However, like any other smartphone, the Pixel 7 series was also not immune to various bugs and issues.

Some Google Pixel 7 owners are now experiencing an issue where their phone gets stuck in a black screen of death and stops responding.

Anyone else having issues with P7P screen freezing or black screen? It’s happened to me a couple times recently. I have to restart my phone to get it working again.
Source

Anybody else getting a black unresponsive screen in the morning after leaving their phone charging over night? Phone is still on as it vibrates pressing the power button but the screen doesn’t come on. Have to hold power and vol up to get it back.
Source

It should be noted that a number of reasons are responsible for it like software glitches, battery drain issues, lagging of certain applications, and more.

However, Pixel 7 and Pixel 7 Pro users who are currently noticing the black screen can’t really pinpoint the cause of the issue just yet.

While a majority of recent reports come from Pixel 7 series users, we did see similar reports from other Pixel owners too. More on that here.

That said, a few reports still trickle in every now and then from users with other Pixel models such as the report added below.

Okay, so me and my gf both got pixel 5a about a year ago. All was fine until about 2 weeks ago my phone randomly went black when attempting a sim change. Today hers also we black after a drop. So I decided to do research and found it’s a common problem not only with the 5a, but for pixels in general.
Source

We have come across a workaround that can help fix the issue temporarily. It involves holding the power button and the ‘Volume Up’ button simultaneously for some time.

Unfortunately, Google hasn’t acknowledged the issue yet but we hope that they fix it at the earliest since it’s ruining the user experience.

We will keep track of the latest developments and update this story as and when we come across anything noteworthy.

[Update: Nov. 18] Twitter down and not working? You aren't alone 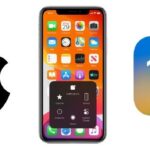