COD: Warzone 2.0 'Purchase Modern Warfare II to have access to everything' error troubling many (potential solution inside)

Warzone 2.0 recently arrived as the sequel to the successful first battle-royale in the COD saga. The new iteration seeks to offer the best of the original game along with gameplay improvements and more content.

Although it has been available for a short time, there are some problems or things to improve in the future. For instance, many players don’t like the new UI, while others are dealing with crashing issues. Warzone 2.0 is a free-to-play game, so you shouldn’t have to pay anything to enjoy it. However, this is not the actual case for some players.

According to multiple reports, COD: Warzone 2.0 players are getting a ‘Purchase Modern Warfare II to have access to everything’ error when trying to access matches.

COD: Warzone 2.0 ‘Purchase Modern Warfare II to have access to everything’ error

The bug is throwing an error message that implies that you must first purchase COD: Modern Warfare II in order to play Warzone 2.0.

“Purchase Modern Warfare II to have access to everything” when trying to play Warzone 2.0

Since yesterday I played probably around 6 Warzone 2.0 matches with no problem (finished my last match a few minutes ago).

Now when I try to play it, when I click ‘Battle Royale Solos’ I get the “Purchase Modern Warfare II to have access to everything” window
Source

To bad ya can’t get in to play it!! Error codes galore and now it wants ya to purchase MW2 to get into the game. Just bring back the first warzone
Source

This curious error suggests that, at least initially, COD: Warzone 2.0 was intended as an integral part of Modern Warfare II. That is, the initial intention might have been that you had to buy MW2 to play Warzone 2.

According to some players, Warzone 2 developers fixed the issue via an update recently. However, it seems that many players are not aware of this.

It’s working for me. There was an update it ran when I logged on this evening.
Source

So, if you are facing the glitch, you can try to check if there are available updates. You can also try to force this by restarting the game (and even the console/PC).

We will be monitoring the situation to update this story as events unfold.

NOTE: You can also check our COD saga bugs/issues tracker. 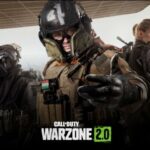