Modern Warfare 2 builds on the legacy of the Call of Duty: Modern Warfare franchise, with everything from classic 6v6 modes to multiplayer exclusive concepts like Field Upgrade and Killstreaks.

However, the game has been far from perfect as players have faced issues like game chat not working or broken, ‘Sys_Error’ on Xbox and ‘Disc read error’ with digital copies, and so on.

MW2 players are getting a new update across platforms. And while the size of the update on PS5 and Steam is under 1GB, Xbox players are reporting that they are getting a huge download size of around 50GB (1,2,3,4,5,6).

Many COD: Modern Warfare 2 players were astonished when they found out the size of the update on Xbox is 50GB or 49.72GB to be precise.

Given that the update contains no substantial improvements or new features to the game, the file size has left many gamers asking what it’s all about.

This was not the case for PC and PlayStation who received the proper update size and had no concerns.

Did anyone else get hit with a 49.72 GB update for their game today? I understand there is going to be many updates since the game is new but nearly 50 GB?? I’m playing on xbox for context and have had the game fully downloaded and played countless times since launch.
Source

Always nice to come home to see 50gb update on xbox, and google doesnt yield any results, and neither does IWs Twitter, or trello. What am i downloading? Some “news articles” said map and bug fixes, but i really dont know were they talking about the hotfix earlier.
Source

A few players have reported download sizes of more than 90GB, which is roughly the size of the game and a bit excessive.

Xbox says Modern Warfare needs a 2-3gb update, I press update and the thing turns into 92gb. I must’ve uninstalled the game by pressing update or something
Source

Some players also say that if they cancel the update, the game uninstalls itself and they have to reinstall it.

The excessively enormous download size has left players disappointed. However, others propose that you can lower the size of the update by uninstalling the Campaign:

Uninstall the campaign content if you haven’t already. You can even do it while your currently installing the update. It’ll knock it down to about 27 gbs. Still a ridiculous amount but it’s at least much lower.
Source

If affected, you can give it a go and let us know in the comments down below.

That said, we’ll keep track of the situation and post an update if and when there are any further developments regarding the matter.

09:42 am (IST): Activision has confirmed that MW2 players will already have the Warzone preload downloaded. So it may come as a relief to players (1,2,3) who were hoping not to have a huge file download size.

PSA: #Warzone2 will go live at 10am PT tomorrow. New Warzone players should be able to preload from their platform store. Modern Warfare 2 owners should already have the pack available and downloaded.
Source

12:27 pm (IST): COD: Modern Warfare 2 players on Xbox consoles are now struggling with slow download speeds when trying to install the Season 1 preload update, but there are some workarounds.

05:01 pm (IST): COD Japan support has acknowledged the issue with slow installation speed and confirmed that its affecting players across different platforms.

While they confirmed that things have been normalized on Battle.net and Xbox, players on PC and PlayStation might still face issues due to high traffic.

Moreover, they’ve also shared some solutions to fix this problem on PlayStation and PC. More on that here.

@BlizzardCS I’m trying to update MW2, my download speed is beyond slow, and its only for BattleNet, any ways to fix?
Source

If you are one of the players facing the issue, you can try the following workaround:

If anyone is having issues downloading #MW2 try this (VPN Required!):

05:28 pm (IST): For those who are still getting slow speed while downloading update, here’s a workaround that might help resolve this issue. 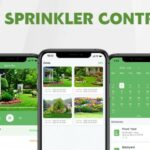