[Updated] Warzone 2.0 pre-load showing up as 24B file on Steam with Modern Warfare 2 already installed confusing many COD: Warzone 2.0 is the upcoming battle royale game that will be released on November 16, 2022. It will be available on multiple platforms including PlayStation, Xbox, and Windows.

Similar to its predecessor, Warzone 2 will also offer a Battle Royale mode where players compete against each other in a continuously shrinking map.

The game has already started gaining traction among gamers around the world as the pre-load version is now available.

However, ever since the pre-load version of Warzone 2 came out, many gamers who have Modern Warfare 2 installed are confused as it’s already showing up for them as a 24B file on Steam.

I thought Warzone 2.0 was going to be its own game? Apparently mine downloaded automatically at 1pm and is under the DLC for MW2 (Source)

I have MW2 downloaded through battlenet. When I click modify install, it shows Warzone 2 is already checked. Do I need to do anything else to have it pre-loaded? (Source)

This is probably because Warzone 2 is part of Modern Warfare 2 and once gamers download it, Warzone 2 will open.

This suggests that players who already have access to Modern Warfare 2 might not have to install Warzone 2.0 as a separate game. Instead, the game will simply unlock within MW2 once it releases for the public.

However, we still await official confirmation on this matter.

How to pre-load Warzone 2

As for the pre-load version, if you have Modern Warfare 2 already downloaded, you’ll get Warzone 2.0 pre-loaded after the Season 1 update.

And those who haven’t purchased Modern Warfare 2 and want to pre-load Warzone 2 can now download the content that will prepare them for the launch.

It’s worth noting that these players will also have to download the Season 1 update that will be available before the launch.

Rest assured, we will follow up on this matter and inform you if and when we come across anything noteworthy.

09:42 am (IST): Infinity Ward has confirmed that Modern Warfare 2 players will already have the Warzone 2.0 preload downloaded.

PSA: #Warzone2 will go live at 10am PT tomorrow. New Warzone players should be able to preload from their platform store. Modern Warfare 2 owners should already have the pack available and downloaded.
Source 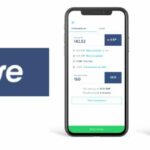 Wise money transfer not working or delayed issue acknowledged, but still no ETA for fix 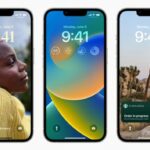