YouTube, the most popular video platform in the world, is constantly receiving updates and changes.

Although some updates add useful new features, many times the changes are not well received due to decisions that users consider questionable.

That said, it seems that the company is working on another change that many will not like. The YouTube team is now looking to remove the sorting option for viewing the oldest channel video.

Many YouTube users are reporting the sudden disappearance of the option that allowed them to sort their viewing by the oldest channel video (1, 2, 3).

On today’s episode of shitty YouTube updates that nobody wanted: YouTube not letting you sort by oldest first.
Source

Question!- Has YouTube removed the option to view the oldest video of a channel?
Source

The removal of the option to sort videos from oldest to newest has not been implemented for all YouTube accounts. According to multiple reports, including our in-house testing, it is happening randomly.

This made some users think that it was a UI bug. But, the YouTube team confirmed that this is an intentional change:

‘Now note that we are deprecating one sorting option and that is by oldest video at the channel level. But don’t panic, you can still view the oldest video of a channel, by scrolling through it’s content’
Source

Now, the only way to access the oldest videos on a YouTube channel will be by manually scrolling the list of videos to the bottom. This can be quite problematic if it’s a channel with hundreds (or thousands) of videos.

Many users express their disagreement with the decision

As expected, the complaints about YouTube’s decision were immediate. After all, users are missing out on another feature, instead of having the option to choose.

Why do companies purposely make their app shittier? How does this benefit them? Like with the likes/dislikes removal. Why remove a a feature that everyone uses. It’s just gonna get you hate. Literally nobody asked for this. It’s like these companies wanna become the most hated companies.
Source

I had the exact same question. I seriously can’t understand who keeps making these decisions. Who in their right mind would think of deleting that? What exactly is their reasoning? Next thing they’re gonna remove the pause button.
Source

Currently the company seems to be randomly testing the change. There is no information on an ETA for the definitive implementation of the change on the entire platform.

We will keep our eyes open for new developments on the matter to update this story.

10:17 am (IST): YouTube has acknowledged the issue where the Sort by option has disappeared and said that they are currently investigating it.

11:10 am (IST): TeamYouTube on Twitter has confirmed that the Sort by Date Added (Oldest) option is still available. And if users can’t see it then they can try clearing the cache and cookies or re-installing the app.

12:21 pm (IST): This issue isn’t just limited to Sort by oldest, users are reporting (1, 2) that Sort by views option is also not working correctly. Also, some say that the ‘Sort by’ option itself has disappeared.

YouTube support on Twitter said that they are investigating the issue where the ‘Sort by’ option is missing or unavailable. However, they did not provide any ETA for the fix.

03:41 pm (IST): As suggested by a Redditor, users on Chrome and Firefox can try installing YouTube Redux to resolve this issue. It is an extension that integrates various old features that YouTube has removed over the years.

11:55 am (IST): YouTube users are now reportedly getting additional sorting options. You can now choose to include, remove, or only show normal videos, shorts, or live streams.

11:31 am (IST): YouTube support on Twitter has confirmed that the issue with the sorting option has been resolved.

Hmm – we’ve recently received similar reports, but this has already been fixed. If you’re still experiencing this issue, try force closing the app and making sure that it’s updated to the latest version. Restarting your device can also help. (Source)

03:46 pm (IST): While the support team has confirmed that a fix is live, users are reporting that they still don’t have the ‘Sort by oldest’ option even on the latest version of YouTube.

However, users can try installing the latest YouTube beta version — 17.20.37 and see if the issue is resolved.

04:01 pm (IST): The latest version of YouTube has arrived on the Play Store which should bring back ‘Sort by oldest’ option.

And if you don’t see an update on Play Store, then you can download the latest version from here.

05:28 pm (IST): YouTube support previously confirmed that this issue is resolved. However, in a recent response, they said that the team is currently looking into it.

04:37 pm (IST): YouTube support on Twitter has once again confirmed that the issue where ‘Sort by oldest’ option is missing has been resolved. However, fresh user reports are still flowing in indicating that it’s not fixed yet.

01:32 pm (IST): A user has suggested a workaround that might help you bring back ‘Sorting by oldest’ feature in the mobile app.

There are two cases, if you have ‘Uploads’ or ‘Popular uploads’ section or if you don’t have these sections. You can check the workaround below.

1. If you/they have an ‘Uploads’ or ‘Popular uploads’ section in the homepage of the channel.

– Just tap or click on it and you’ll now be able to sort your/their videos in ‘oldest’ first by tapping the ‘Sort by’ and ‘Date added (oldest)’ then you’re done.

2. If you want to use this feature on your own with your own YouTube Channel with public videos and doesn’t have the ‘Uploads’ or ‘Popular uploads’ section on your channel homepage.

– Just go to your YouTube Studio and click Customization.
(You need to sign-in to studio.youtube.com on your personal computer first if you haven’t already. The YouTube Studio App on mobile won’t let you do that, for now.)

– After that, you should see that you’re in the ‘Layout’ section.

– Scroll down to see the ‘Featured sections’ then now you can add ‘Uploads’ or ‘Popular Uploads’ or whatever section you want by clicking the ‘+ ADD SECTION’ to customize your channel homepage.

05:15 pm (IST): When asked about the ‘sort by oldest’ filter, YouTube stated that they ran into some issues while creating new filters for content on mobile resulting in its temporary removal.

we’ve recently launched filters for content type on mobile (Shorts, Live, etc)
when adding these filtering options, we’ve run into issues bringing all the sorting preferences you’re used to. we know these features are important & we’re still exploring how to bring them back
Source

04:37 pm (IST): A Redditor has suggested a workaround where you need to search for old videos using date in the search bar. You can check it out below

02:17 pm (IST): According to one of our readers, YouTube sorting option for viewing oldest videos has been removed from the desktop site as well.

Just disappeared for me today on the desktop.

Thanks for the tip: David Simpson!

05:20 pm (IST): According to a Redditor, the ‘sort by oldest’ feature is still working on YouTube Vanced. So, those with the missing feature can give it a try.

3:41 pm (IST): We mentioned in our previous update that the missing feature is available in Vanced. However, it seems that it’s not the case with some people.

Downloaded vanced and it’s still not working. Literally don’t want to have to scroll all the day down and make a playlist but this may leave me no choice

Thanks for the tip: Sabrina Savannah Szydlowska!

06:02 pm (IST): TeamYouTube has confirmed that they are working to bring the sorting options back to the platform. Furthermore, they said that the options were removed due to some issues.

we’ve recently launched filters for content type on mobile (Shorts, Live, etc). when adding these filtering menus, we’ve run into issues bringing all the sorting options you’re used to. we know these features are important & we’re still exploring how to bring these back (Source)

12:03 pm (IST): YouTube has recommended a workaround for those who are struggling with sorting oldest videos. It simply includes adding ‘before’ to a video that you’re looking for.

we added new tabs for different content types & when adding these tabs, we ran into issues keeping all the sorting options you’re used to (like oldest to newest). as an FYI, if you want to find videos around a certain date, you can search “before:” ex. “dog videos before:2017”
Source

06:05 pm (IST): In a reply to a tweet, YouTube is asking people to submit feedback if they want the oldest option back. For now, users can only sort videos by ‘Recently uploaded’ and ‘Popular’.

you can sort vids by Recently uploaded & Popular rn, but if you want the Oldest option back, we’re always game to hear your feedback! share yours directly w/ our team here ➡️ https://goo.gle/3WNGAA3 thx!
Source

03:34 pm (IST): The inability to sort by the oldest videos has prompted some users to cancel their YouTube Premium subscription.

Moreover, someone has suggested using the YouTube Redux extension in order to execute the sorting:

02:38 pm (IST): In an email received by one of our readers, it has been stated that users will be able to view YouTube’s oldest video by scrolling through its content on mobile and desktop, as per one of the YouTube official channels.

I wanted to let you know that an official YouTube channel has stated this:

Now note that we are deprecating one sorting option, and that is by oldest video at the channel level. But don’t panic, you can still view the oldest video on a channel by scrolling through its content, both on tablet, mobile and desktop.

Thanks for the tip: FaviFake! 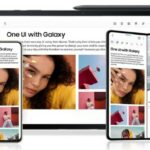