[Update: Poll results out] Is Google Chromium too much power in one hand?

It was all fun and games when Donald Trump threatened to ban Huawei and deny them from doing business with American companies. But as I pen this, Huawei smartphones still come without Google apps as a result of this ban.

Back in 2019 when this whole saga started, Huawei was set to usurp Samsung to become the world’s leading smartphone vendor. But this milestone never arrived just because Huawei couldn’t have Google apps running on its devices.

Without the Google Play Store, for instance, your app market is greatly reduced. The lack of GMS support also means a good number of everyday apps are greatly affected.

Google single-handedly ending Huawei’s ambitious push to become the global smartphone leader is scary to think of. Of course, the likes of Qualcomm and Intel also played their part, but it’s Google that cut the deepest.

At one point it seemed like witch hunt, and even a survey by Protocol implied so. Apparently, 56% of those surveyed felt that restrictions by the Trump administration on Chinese tech companies had gone overboard.

This same survey also revealed that most Americans believe big tech companies such as Apple, Google, Facebook and Amazon wield too much power and influence. And this couldn’t be any truer when looking at Huawei’s case. It is through Google’s power over Android that the U.S. government was easily able to brush aside the Chinese behemoth.

Not stopping with Android, it seems Google has been quietly pushing for similar influence over web browsers through its open-source Chromium project.

In case you didn’t know, Chromium is a free software project created by Google and maintained by multiple entities, Google and Microsoft among them.

Just like AOSP, Google has opened up Chromium to everyone who wishes to build a web browser without having to go through the pain of coding everything from scratch.

Anyone, including you, can grab the Chromium source code, compile and fine-tune it to come up with a personalized web browsing experience.

Besides Google Chrome, several other web browsers also use Chromium as the base code. Microsoft’s Edge is the biggest, but there’re also the likes of Opera, Vivaldi, Samsung Internet and Brave browsers.

Safari and Firefox are not reliant on Chromium. However, they only account for a combined 26.58% of the total web browsers’ market share as of September 2022. The rest is a Chromium market ruled by Google Chrome. With Google’s influence over web browsers growing, I’m afraid we may see another “Huawei” case, but this time with web browsers. Take the controversial Manifest V3 update, for instance.

Beginning January 2023, Google will be re-writing the rules that govern web browser extensions. The company uses Manifest API systems to govern how extensions interact with web browsers, and the current version is V2.

With the update to Manifest V3, Google will be introducing new extension rules aimed at limiting the power of ad-blockers when browsing the web and in turn boost its ad revenue.

Given that this is an API-level change, it will not only affect Google’s Chrome browser, but also others that rely on the Chromium source code. And this is understandably causing anxiety among users of various browsers.

Google is switching the Manifest V2 API over to Manifest V3. This effectively kills ad blockers. Now, they’re using the “this makes Chrome more secure” excuse to basically extort more money from you. I hope everyone understands how serious this is when it comes to constantly being force-fed ads. We see them everywhere, and extensions are the only real way to prevent egregious and intrusive ads (outside of paying for some services of course, i.e., YouTube Premium).

However, some ad blockers will still work with Manifest V3, but nothing really worth still using Chrome for. For that, I’m swapping to another browser and won’t return to Chrome until ad blockers and more privacy extensions are developed for Manifest V3.
Source

While there’s optimism that ad blockers will still be effective after developers tailor them to work with Manifest V3, a Vivaldi statement suggests there may still be limitations when compared to V2 functionality.

However, it is important to note that extension ad blockers often depend on other APIs that are removed in Manifest V3 (and probably much harder to bring back), so there is no guarantee that simply keeping the blocking version of webRequest alive is going to be enough, without some work from extension maintainers.
Source

This has further been echoed by AdGuard developers, who have already updated their ad blocker to support Manifest V3, but they admit they had plenty to deal with while at it.

Although the experimental extension is not as effective as its predecessor, most users won’t feel the difference. The only thing you might notice is ad flickering due to the lag in the application of cosmetic rules.

It seems Google’s ad revenue may be taking a hit due to ad blockers. And with their hands all over Chromium, Manifest V3 aims to further restrict ad blockers in their favor, not in the user’s favor.

But looking at what Google’s massive control over Android did to Huawei, the centralized control for nearly all web browsers rather than have each one make individual decisions doesn’t sit right with me.

Apple and Mozilla, for instance, make their own decisions, something the latter has even confirmed in an official statement that there will be continued support for ad blockers as usual.

But everyone under Chromium will have to play by Google’s rulebook. If anything, whatever Google decides is good for Chromium affects a huge section of web browsers.

With a single stroke, the search giant can make wholesale changes to the way we’ve grown to know web browsing thanks to the massive influence through the Chromium project.

And it is having this amount of control not only over web browsers but also the internet in general that should be a huge concern for many out there, especially given Google’s recent history.

If anything, Chromium is shaping up to be the “AOSP” of web browsers, and Google is just beginning to stamp its authority. With this kind of power in Google’s hands, who knows what next will be nerfed?

Let us know your thoughts in the comments section. As for the poll below, we’ll share the results after a week.

Poll: Are you worried Google can change how over 70% of web browsers function with a single stroke?

Vote below and read our article here:https://t.co/1AIlsV2bRk

The results are out, and it appears that 70% of our readers are concerned with Google’s influence over other web browsers while 20% aren’t. The remaining 10% don’t really care much about it. 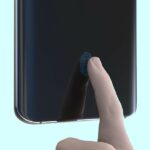 Opinion: Google Pixel 8 ultrasonic fingerprint sensor may come at a cost - but is it necessary?