Samsung Galaxy S22 'volume jumping or adjusting itself' bug after One UI 5 (Android 13) update reported by some, workarounds inside

The Galaxy S22 series is Samsung’s high-end product range, with the best hardware and software imaginable.

Samsung has put in a lot of effort to enhance its One UI OS, and it consistently gets the latest software updates. But there appears to be a problem with the devices.

According to reports, many Samsung Galaxy S22 users are experiencing an issue where the volume keeps jumping or adjusting itself on their devices.

Those affected claim that when they are connected to a Bluetooth device and make or receive a call, the sound level on their Samsung Galaxy S22 drops after the call is ended.

After that, no audio or sound can be heard. Furthermore, when users attempt to change the volume levels for one profile, others begin to adjust randomly on their own. Here’s a video for reference.

This problem apparently began immediately after the One UI 5 (Android 13) update and impacts all system sounds such as media, notifications, and even the keyboard.

My volume bars move on their own at least once a day. Only way to fix it that I’ve found so far is rebooting. When trying to listen or watch videos, the video stutters and my volume does the back and forth stuttering from the clip I uploaded. I’ve tried googling this problem but haven’t found anything about this issue. Help!
Source

A user has suggested that this issue only occurs when Samsung Galaxy S22 is connected to a Bluetooth audio device:

Directly coincided with the UI 5 update. Only happens when I try to connect a Bluetooth audio device, only way to get it to stop is a reboot.
Source

Until new related developments emerge, there are some potential workarounds that could help you. The first one involves turning Bluetooth on and off:

Secondly, uninstall the Good Lock module ‘Sound Assistant’ and then reinstall it:

I was having the same problem after the update to One UI5, watching the sliders move by themselves. I finally uninstalled the good lock module “Sound Assistant”, and re-installed the module and I have not had the problem since…
Source

And lastly, restarting Samsung Galaxy S22 or closing out all the apps that are running in the background also seems to work as well.

If the aforementioned workarounds helped fix the sound issue, do let us know in the comments down below.

Note: We have more such stories in our dedicated Google and Samsung sections, so be sure to follow them as well. 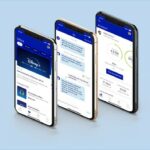 [Updated] O2 app & website down, Priority tickets not working or getting error 503/504? Issue being looked into 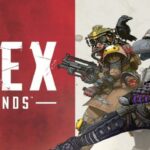