Now that Modern Warfare 2 multiplayer has been fully released, fans are eager to try out all of the available content right away.

The game offers a bonus to anyone who pre-orders a digital copy of either Standard Edition or Vault Edition.

But some COD: Modern Warfare 2 players are reporting an issue where the Vault Edition content or items are missing.

I bought the vault edition and now that the games come out, I don’t have the operators, nor the cinder weapons, if anyones had this issue and has managed to fix it please tell me how
Source

According to reports, various items like weapons, ghost skin, XP tokens, and bonuses are locked or not working.

Even more interesting is some COD players who preordered the Vault Edition pack are now required to buy it again.

Restart Console works for me, i got it now
Source

So, those affected will either have to restore their licenses or restart their consoles to unlock the content in Vault Edition.

We hope that the developers figure out a permanent solution so that the missing content starts to show up.

04:31 pm (IST): A Redditor has shared details of how they got this issue fixed, as seen below.

05:10 pm (IST): COD Japan support has informed players that the battle pass will be made available from November 16 which is when the Season 1 of the game will kick-off.

05:25 pm (IST): Call of Duty support has announced that they will compensate all the players who have purchased any version of COD: Modern Warfare Vault Edition. Here’s the complete statement.

07:15 pm (IST): According to Modern Warfare 2’s official Trello board, the issue where content or items are missing from Vault Edition has now been resolved. 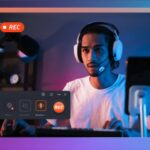