Destiny 2 is a very diverse game with a combination of an open world, dungeons, and remarkable gunplay. It allows players to create their own variations of character builds and weapons.

The affected players say that whenever they try to update the PS5 version of the game, it gives a CE-107-981-6 error. So many players suspected that their game files are corrupted, and they uninstalled the game.

However, they are no longer able to download the Destiny 2 PS5 version after that. Others who did not remove the game report that it is stuck on ‘calculating update time’ and that no progress is being made.

This issue arose when players attempted to download the most recent patch (Hotfix 6.2.5.3) for PS5. The PS4 version of the game runs perfectly.

I am also in the midst of updating PS4 since the PS5 update is broken for me. Half the day wasted. I don’t mind putting in time if I can see progress but this is frustrating.
Source

@BungieHelp PS5 not working my guys. PS4 updates and redownloads just fine. Sony is saying its on yall. This happened before on ps4 and took you over a month to fix. A real update from you would be great.
Source

Some troubleshooting methods like uninstalling and reinstalling the game, restarting the PS5, and checking the game files don’t seem to work.

Fortunately, Bungie didn’t take too long to acknowledge this issue and said that they are currently investigating it. However, they did not provide any ETA for the fix.

In the meantime, there are a couple of potential workarounds that might help you fix this issue. The first one involves downloading the PS4 version update:

I downloaded the PS4 version update and it triggered the PS5 update to finally start.
Source

Secondly, check for a system update as it triggered the Destiny 2 update for some. Do let us know in the comments down below if it works for you.

As always, we will monitor the situation and update this space as soon as we discover more information, so make sure you stay tuned. 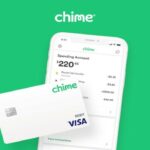 [Updated] YouTube showing black screen before & after ads on Apple TV, issue being looked into