[Poll results out] Opinion: You shouldn't have to turn off basic features on flagship phones to improve performance

Laurence Scott’s The Four-Dimensional Human is responsible for the latter, and it refers to the default settings on devices and apps we use.

Devices come preloaded with features that are meant to take the user experience to the next level, but not even I, sticks to the default settings of these features. While companies may see the default factory settings as best fit to power any device efficiently, users often have to tweak them to suit their preferences. The results are not always the same, though.

Sure, you can turn on or turn off a few basic smartphone features, but it won’t necessarily guarantee improved performance.

In fact, disabling some settings or features to improve performance should only be an option for device owners, but never a solution to a nagging problem.

But it’s quite unfortunate that this has been normalized in recent times, even for flagship smartphones that cost a small fortune like the iPhone 14 Pro, Samsung Galaxy S22 Ultra or Pixel 7 Pro, just to name but a few. 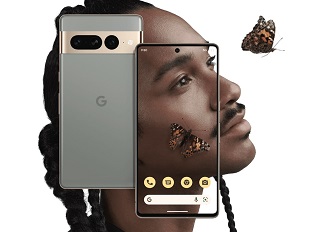 We all agree that phones, despite how smart they’ve become, aren’t perfect. One minute they’ll be running out of battery, the next they’re slowing down and before you know it, your phone won’t start for whatever reason.

Turning off some settings or features may for sure be a quick fix for some problems, but it should in no way be offered as a solution to failures that can be traced back to some companies’ incompetence.

Take the recent iOS 16 debacle, for instance. Despite having released the best hardware in iPhone 14 and iPhone 14 Pro, Apple went ahead and pushed a half-baked iOS 16 update to its devices.

The result was plenty of reports about multiple bugs and issues ranging from excessive battery draining and overheating to ghost touches and screen flickering, among others.

While Apple has since addressed some of these issues in subsequent iOS 16 updates, there are several occasions where some have been recommended to turn off some basic features in order to address these software shortcomings. In fact, here at PiunikaWeb, we have on numerous times suggested disabling or foregoing certain features as potential workarounds to various problems that many encounter on different devices and not just iPhones.

For instance, the iPhone 14 Pro supports fast charging technology, but in order to overcome the annoying overheating issue, one of the suggested workarounds is to use the slower, 5W brick.

Support for fast charging could be one reason one opts to buy a certain phone, but then you don’t get to enjoy this feature because of poorly optimized software that’s causing the device to overheat when in normal use.

Since shooting videos in ProRaw mode has also been claimed to cause overheating, iPhone 14 Pro owners cannot enjoy one of the best camera features of the device. Are they to blame? Definitely not.

You shouldn’t have to turn off 5G to get better network reception. After all, support for 5G could be the advertised reason you probably paid for the phone in the first place.

I shouldn’t have to turn off 120Hz refresh rate (or drop to 60Hz), disable location services, Always on Display or even drop the screen resolution to 1080p just so as to improve battery life.

These are the very same features that attracted me to the phone, so the company should have done a better job at software optimization to ensure they function optimally without affecting the overall performance of the device.

Not even the new and shiny Google Pixel 7 and Pixel 7 Pro are free from blemish. Similar to their predecessors, network issues have already crept in, and disabling Wi-Fi Calling has been touted as one of the solutions.

Samsung Galaxy S22 owners who recently switched to One UI 5 (Android 13) have also been recommended to switch back to the default theme and color pallete to fix an annoying issue with broken app icons in the notification panel. But it’s becoming too much of a norm that companies may even adopt it as a solution to cover their incompetence. And rightly so, people are already getting concerned with this unwanted trend, as seen in the comments below.

It’s 2022 stop telling people to turn off basic features on their brand new flagship device. The amount of times I have seen people say turn off 5G, AOD and location just to get a decent experience out of a phone is too damn high. It’s time to start holding the manufactures accountable instead of having to turn off feature they advertise.

Most people pay exorbitant prices because of the advertised features and capabilities, so why turn them off to address an annoying bug – a bug whose fault is the company that is pocketing huge sums of money for these devices?

Rather than encourage such kinds of solutions, companies need to be held accountable and take responsibility for their half-baked or unoptimized gadgets and software.

There shouldn’t be room to release buggy devices and price them the way they do. More needs to be put into rigorously testing these devices prior to releasing them to the masses.

As it is, companies are seemingly using early device adopters as beta testers before bugs and problems that should have been picked up during testing eventually get addressed. This needs to stop.

Let us know your thoughts in the comments section. As for the poll below, results will be shared after a week.

Poll: How often do you turn off basic features to improve performance or fix bugs on your smartphone?

Vote below & check out our article here:https://t.co/cCdVaAb0Lz

The results are out, and it seems everyone has had to disable some feature to improve performance or address an annoying bug. 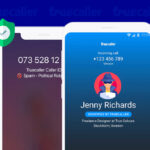 How Truecaller can save you from robocallers and spammers