Trading in or selling your old phone is one of the smartest ways of upgrading to a better smartphone.

The good thing is companies like Google also provide users with the option of trading in their phones at a reasonable price.

But recently, some people noticed that they never received the trade-in box needed to send their old phones to Google.

And now, others are reporting an issue where the Google Pixel 7 and Pixel 7 Pro trade-ins are significantly delayed or taking too long to reflect on their end.

I sent my pixel 3 as a trade-in for my pixel 7 and it’s been delayed and in transit somewhere in Nashville. Anyone experiencing this as well or should I open a case with USPS?
Source

Hi guys, wanted to know how many of you received your trade in credit? My trade in was delivered last week and still no updates.
Source

According to reports, users are unable to track the package on USPS and instead, it is stuck in transit or network. The trade-in model is apparently stuck in a given location for some users.

Even after sending repeated emails or contacting Google, there is still no information regarding the trade-in status for the new Pixel 7 devices.

On a brighter note, it seems that some users are finally getting updates from Google about their trade-in models’ transit progress.

Currently, Google hasn’t commented on the issue as to why the Pixel 7 and 7 Pro trade-in program is experiencing huge delays. But we hope the situation changes soon for everyone.

We’ll keep tabs on this matter and update this story to reflect noteworthy information.

01:24 pm (IST): It has come to light that one of the Redditors has received full credit for the trade-in model that was apparently stuck in transit or delayed.

That is all! I got a notification last week that it was being looked at and a couple of days later the credit hit my credit card. Weirdly, the USPS still showed it as in transit.

This is certainly good news and could also bring in some hope for the rest of those complaining about the same. 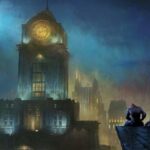