Xbox is one of the biggest names in the video game industry. Microsoft offers multiple Xbox consoles in addition to the Xbox platform for Windows games, all in a unified way.

Xbox servers or online platform are often among the strongest available. After all, Microsoft even has its massive Azure server conglomerate that powers much of the Internet at large.

But that doesn’t mean that some issues don’t crop up from time to time. For instance, many Xbox players are currently facing a bug where their friends list are not working or empty.

Xbox friends list not working or empty for many

According to multiple reports, the issue has been affecting many Xbox players for several hours. They are currently unable to see the members of their friends lists.

my Xbox is currently only showing 1 person, even thought I have atleast 80 friends. this just started happening about an hour ago and I can’t seem to find any recent threads as how to fix it. it just shows one person, nobody offline, and when I search up one of my friends, it says “Change friendship” meaning their still my friend.
Source

In some cases the Xbox friends list shows only 1 person while in others the list just doesn’t load any friend.

I bought a Series X today after wanting one for so long. I set everything up as instructed and have been playing for a couple of hours but my friends list isn’t loading at all.

Even weirder on the Xbox app on my phone it says all of my friends are offline and it has said this all day. I can guarantee that at least one of them would have come online, I always seem to have at least one friend online regardless of time of day.
Source

Initially the issue was only affecting the friends list from Xbox consoles. But now the bug has spread to the Xbox app as well.

There is no official acknowledgment of the issue from the Microsoft team yet. We will update this story as the situation develops.

09:37 am (IST): Xbox support has confirmed that the issue with Friends List has now been resolved.

Our teams have reported that users should no longer be experiencing issues with Friends List. We appreciate everyone that reported this to us. As always, we are here & listening! (Source)

08:47 am (IST): Xbox players are facing an issue where some friends are suddenly disappearing from their friends lists or appearing as ‘offline’ (1, 2). The issue has been acknowledged.

10:51 am (IST): According to Xbox support, the issue with friends lists, gamertags and profiles has been resolved now and users should not be encountering them anymore.

However, users are now facing another issue where Xbox live is not loading any app or game for them.

Literally no apps are loading whatsoever. What a joke.
Source

Fortunately, Microsoft is also aware of the issue. 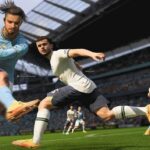