Nationwide building society bank is one of the most popular financial platforms. A crash on their servers means that millions of users cannot access their funds or receive payments.

However, that is what has been happening for a few hours. According to multiple reports, the servers of the Nationwide Building Society Bank are down, which affects both their website and their app.

Social networks like Twitter are full of reports related to the issue. It also seems that the servers of the Nationwide bank are constantly down according to their users.

Shock!! Down again how many more times is this going to be an issue. I can’t continue with a bank that is constantly down I’m a single mother and rely on my payments going into and out of my bank account!
Source

@AskNationwide got to be the worst bank going. Never known anyone else to have to deal with as much disruption with their banks. Really, you go down on payday?! Will be changing banks asap this happens all the time.
Source

@AskNationwide sorry kids no I didn’t get you your book day costumes for Thursday because once again it’s pay day and nationwide is down What a joke time to find another bank! Can’t access my wage to do a food shop before work 0 funds again at least be the 5th month on the bounce.
Source

Nationwide bank support team is aware of the downtime in their servers. The company is currently working on a fix, but there is no ETA for it yet.

Hi Sophie. We are aware of a delay affecting some payments to and from your account this morning. We’re working to fix this ASAP and we are really sorry for any inconvenience caused. Direct Debits and standing orders are not impacted and are working normally. Jamie.
Source

In the meantime, the support team confirms that the server outage does not affect users’ Direct Debits and standing orders.

The crash on the servers of the Nationwide building society bank is also reflected on their Service Status platform.

03:16 pm (IST): Nationwide Building Society on Twitter has confirmed that the issue with their app and website has now been resolved and everything is back to normal.

Hi, we’re very sorry for any impact this issue may have caused yesterday. Everything is now working normally. All associated Nationwide fees and charges will be refunded. Taj (Source)

02:38 pm (IST): Reports on Twitter and Downdetector indicate that Nationwide Building Society users are facing issues with the bank’s app and online services.

So yet again @AskNationwide app is down and I can’t access my own money I need. I’m gonna look for a more reliable account because this is all too frequent nowadays 😡 (Source)

@AskNationwide app down again? May actually be able to access my money one day without constant problems 😴 (Source)

The bank hasn’t yet acknowledged the issues with it services publicly. 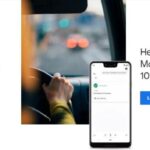