Apple’s ecosystem of devices has often been referred to as a ‘walled garden’ due to the tight integration that makes them work so good with each other.

Being the industry leader it is, it’s no surprise that other competing companies like Samsung and Google are also emulating this strategy. This can be seen with Google’s recent introduction of the Pixel Watch.

It’s the company’s first, and it adds to the existing Pixel phone and buds, seamlessly connecting to deliver the best experience you could ever want. According to Google, the Pixel Watch’s battery life is 24 hours, something early adopters have mostly seconded. In typical Google fashion, you also get a simple, elegant and small enough design suitable for most wrists.

But is that enough to make a case against the likes of Samsung, Apple or even Garmin smart watches? Well, it depends on what you are looking for in a smart watch.

Granted, the Pixel Watch isn’t looking to compete with any of these giants. But it’s here to offer an escape route for Android users looking for a simple but capable enough smartwatch.

To this effect, the watch comes with quite a number of capabilities thanks to sensors such as accelerometer, altimeter, compass, optical heart rate, blood oxygen sensor, gyroscope, and light sensor.

The watch also ships with support for Wi-Fi, Bluetooth, NFC, GPS, and an optional LTE modem. Keeping all these sensors and modems at their best functionally takes some significant hit on the battery.

And considering the Pixel Watch has a 294mAh battery, it’s understandable having concerns about how often you may have to charge it. This becomes even more concerning when engaged in outdoor activities.

In the event that you have to charge the watch, Google supplies its own brick that is only meant to work with the watch. You must have it on you whenever the watch dips in power otherwise it goes off. While 3rd-party units have been found to work in some cases, Google says they aren’t as effective as the supplied puck.

No denying the included charger isn’t the bulkiest unit out there, but not everyone is okay carrying it around just in case they need it. There is a better way of doing things, and Samsung would know it.

Modern problems require modern solutions, which is what you get with Samsung’s Galaxy Watch series. Unlike the Pixel Watch, the Galaxy Watch supports Qi wireless charging with any 3rd-party charger. This way, you don’t have to stress about charging your watch as long as you have a means to juice up your phone.

In fact, the lack of reverse wireless charging is a huge loss for Google. Imagine taking off the watch, placing it on the back of your Pixel 7 or Pixel 6 and have it charging wirelessly via battery share.

It would have been a huge marketing win for Google, but the company fumbled this opportunity. Perhaps one they might come to regret given their push for a Pixel ecosystem, unless Pixel 7 and Pixel Watch sales blow up.

For some context, the Pixel Watch (Wi-Fi) is priced at $350. This is steeper than the $299 launch price of the entry-level Galaxy Watch 5 yet the latter supports reverse wireless charging.

And the fact that the Pixel 7, Pixel 6 and Pixel 5 support reverse wireless charging is enough proof that Google fumbled the chance to add the Pixel Watch to devices that can be charged wirelessly from the back of the phones.

You can use Battery Share to wirelessly charge Qi-certified phones or accessories, like Pixel Buds, on your Pixel 7, Pixel 7 Pro, Pixel 6 Pro, Pixel 6, or Pixel 5. Set your accessory or other phone on the back of your phone to charge.

Apple also somehow supports wirelessly charging accessories using the iPhone. But it doesn’t support reverse wireless charging of the Apple Watch yet. Only the MagSafe battery pack is supported so far.

Having this function on the Pixel Watch would have been a huge win for Google as it negotiates around the competitive smartwatch business with its first offering, and especially a huge statement to get it ahead of Apple.

We’d like to hear your thoughts in the comments. As for the poll below, the results will be shared after a week.

Poll: Is lack of reverse wireless charging on Pixel Watch a missed marketing opportunity for Google?

Vote below & read our article here:https://t.co/5CO3LgH47i

The results are here, and it seems everyone agrees that the lack of reverse wireless charging on the Pixel Watch is a missed opportunity for Google. Hopefully, this will help inform future decisions. 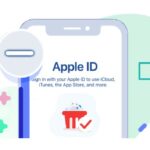 How to bypass iPhone passcode with iSumsoft, iTunes, and Apple ID? 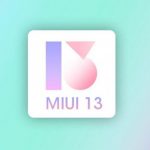