Riot Shield is a powerful defensive weapon, but it has a downside that causes its bearer to move slowly at all times.

While holding the shield, a player cannot use a weapon. As a result, switching to a secondary weapon leaves the shield on the wielder’s back, providing only limited protection.

The VTOL Jet is one of the best Killstreaks or Scorestreaks rewards available in Call of Duty: Modern Warfare 2 and will be included in Warzone 2 as well.

When players in COD: Modern Warfare 2 employ a Riot Shield to stop a VTOL attack, they become invincible for the rest of the match. This gives a player an unfair advantage.

Shooting at a player when this bug is active causes no damage to them. This applies even if they are not wielding a Riot Shield and it is on their back.

Becoming Unkillable So I was playing a normal match of 3rd person team deathmatch, next thing I know the enemy team cannot kill me and I am not getting damage inflicted upon me. Hope I am not getting the ban hammer soon… Maybe something to do with having a riot shield on your back??
Source

Another problem that many COD: Modern Warfare 2 gamers have encountered is related to network connectivity (1,2,3).

The affected players say that every time they try to go online on COD Modern Warfare 2, they keep getting a ‘Network is offline [Reason: HUENEME-CONCORD]’ error message.

This is really frustrating players because they are unable to log in and play online with their friends.

Fortunately, Call of Duty Japan has acknowledged the bug that makes players invincible if they carry the Riot Shield on their backs. However, no ETA for a fix was shared.

They have also acknowledged the HUENEME-CONCORD error, stating that it’s not an issue from their side:

Notice HUENEME – About CONCORD error. Some users have reported that they are unable to play the game due to a HUENEME – CONCORD error. This error is caused by your router blocking the port for security. This is beyond the scope of our company.
Source

Instead, users need to contact the manufacturer of their router to address this error. In addition, it could be alleviated by completely restarting the router.

That being said, stay tuned to PiunikaWeb to know if and when there are any further developments regarding these issues. 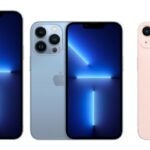 [Update: Green screen after iOS 16.1 update] iPhone 13 'rainbow screen of death' likely the next stage after flickering issue, as per some reports

Phone stuck on Samsung logo? Try ReiBoot for Android & these other solutions