With its flagship series, it’s safe to say that Google’s Pixel 7 and 7 Pro make for the most trusted Android phones at present.

However, it doesn’t mean that they are immune to various bugs and issues that creep up every now and then.

For instance, we recently highlighted a screen-scrolling glitch that prevented users from performing certain actions.

Some of the reports now suggest that the Google Pixel 7 and 7 Pro volume button is surprisingly coming off.

i read the posts last week and thought, shit hope that doesnt happen to me! just pulled it out of my pocket and the button was gone. cant find it anywhere sadly. keep an eye on your buttons folks!
Source

Starting to thinkg about my longterm #pixel7pro review which is overall positive. Then i pull my phone out today to find my volume rocker is missing 😂 this has never happened to me before!
Source

The fact that the volume rocker keeps popping out is quite absurd as users find themselves unable to adjust the volume and perform other functions.

Since the button falls off so easily, it only points to the poor hardware quality of the devices. But it isn’t surprising given hardware has never been Google’s strength.

The good thing is that not many people have experienced this issue. So potential buyers need not worry about the volume button coming off as those affected may just have received a faulty unit.

Unfortunately, Google hasn’t commented on the problem where the Pixel 7 and 7 Pro volume button is coming off. But to prevent further damage, you can simply keep the device covered with a case.

Just wanted to warn others that you should put yours in a case ASAP and be gentle with the volume buttons if you don’t.
Source

We’ll keep tabs and update this story as events unfold. 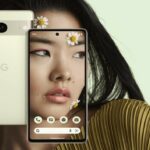 [Updated] UPS tracking down or not working? You're not alone