The Pixel 7 and 7 Pro are the latest additions to Google’s flagship lineup of smartphones that feature the new Tensor G2 chip, an improved design, and brighter displays.

However, within the first week of its release, users have started experiencing issues where the camera app keeps stopping and Google Play system updates are stuck on a previous Version.

Many Google Pixel 7 and 7 Pro users (1,2,3,4,5,6) are now reporting an issue where their devices are charging at a very slow speed.

It’s slower than my OnePlus 5T and 6T, devices that are 4-5 years old
Source

Just got my 7 pro yesterday and have had to use the provided cable plugged into my laptop to charge. No other cable I have will work, my Huawei plug and cable won’t work at all. Is the provided cable the only way to charge the phone and how are people doing it?
Source

Even though these smartphones support fast charging, the rate at which they charge is significantly slower than competing devices in the market.

The Google Pixel 7 and 7 Pro show ‘Fast charging’ or ‘Charging rapidly’ status during charging, but the phone still takes more than 1.5 to 2 hours to reach 100 percent.

It seems that some users are experiencing issues with Qi Wireless charging being slow as well.

My trusty old Pixel 4 XL happily charges off my current Qi-certified (EPP profile) charger at ~12-15W, but no matter what I try my brand new Pixel 7 Pro doesn’t go over 5W (confirmed with a USB-C power meter dongle thingy).
Source

Unfortunately, Google hasn’t commented on the problem where charging speeds are significantly slower than the user’s expectations.

That said, we hope that the team comes up with a fix soon so that users’ smartphones may charge efficiently.

11:27 am (IST): A product expert has confirmed that Pixel phones support PD chargers and other chargers might charge them at a slow speed and sometimes they won’t even work.

One more time. Please pay attention. Pixel phones EXPECT use of a PD charger. Other chargers MIGHT work at slow speeds, but there are no guarantees that they will work. It’s not complicated. (Source) 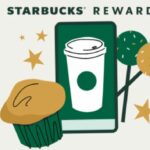 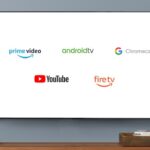 [Poll results out] Is Google becoming too greedy with its attempt to lock 4K videos behind YouTube Premium?