[Update: Oct. 21] Zwift not working, crashing, or unable to login on Mac & PC after latest update? Fix in the works (workarounds inside)

Over the past year or so, many of us have been staying indoors for the majority of time to help end the spread of the coronavirus.

In some areas, gyms or fitness centers are still under lock and key which has led to many people seeking ways to stay fit without leaving their homes.

Speaking of being fit at home, Zwift is a multiplayer online cycling and running physical training program that lets users compete with others or train in a virtual world.

The game is available on platforms such as Android, iOS, Windows, and Mac for users to begin training. Zwift also gets new features and improvements via regular updates.

Matter of fact, Zwift got a new update on May 19 for PC and Mac which brought along a plethora of bug fixes as well as a new virtual world.

But it appears that a bug also tagged along with this new update. Zwift users have taken to platforms such as Twitter and Reddit to report that the game is not working or crashing on Mac and PC.

I just did the update and now the application won’t open. I get the error “Unable to Launch Zwift app. Please try again. I am running on a Mac. Is anyone else getting this error? (Source)

@GoZwift is there an issue with the latest update for MacBooks. My Zwift crashes when I hit “let’s go” (Source)

According to reports, users aren’t able to login since the Zwift launcher crashes or does not work.

Luckily, the team did acknowledge the issue without wasting much time. On May 19, Zwift added the issue to its official status tracker and confirmed that it’s investigating the problem.

On May 20, Zwift confirmed that they identified the issue and are still working to find a solution. Cut to now, the problem is still affecting players around the world as reports continue to pop up online.

Workarounds for Zwift not working or crashing on Mac and PC

The Zwift team says that they encourage Mac users to install the update to Big Sur if they’re willing and able to do so as it apparently fixed the problem for some.

Alternatively, users on Mac and PC can try rebooting their computers as this simple troubleshooting step seems to have worked like magic for a few individuals.

Zwift has not shared an ETA for the fix. Hence, it may take a couple of days or even a week or two for the problem to be fixed.

Whatever the case, we’ll post an update if and when there are any further developments. So stay tuned to PiunikaWeb.

It looks like the app is crashing for many after they log in to the app. The issue seems to be affecting Android, iOS, and even Apple TV users.

Moreover, some are having trouble with the iOS companion app as well. Users say that the map disappears for them, while other features seem to be working just fine.

With Zwift developers yet to say anything on the matter, it is still unclear on when these login crashes will be fixed.

One user claims that the issue was resolved for them after installing the Zwift version 1.19.2.

Update: problem seems to be solved.
After updating to latest Zwift (1.19.2) I don’t see crash after login on iPhone.
Also working on iPad (Source)

However, Zwift support has acknowledged the issue but there’s no ETA for a fix.

Thank you for for helping us identify this issue and we are aware of it.
Source 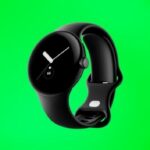 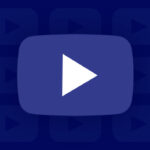