The Pixel 7 and 7 Pro are the latest offerings in Google’s lineup of flagship smartphones. Additions like the Tensor G2, an improved design and brighter displays make them a solid overall package.

However, early adopters of these devices have been reporting some issues related to eSIM support.

Many users (primarily Visible customers) are unable to use eSIM on their Google Pixel 7 and 7 Pro as it’s currently incompatible with certain carriers.

@Visible by @Verizon claims they don’t support eSIM on the Pixel 7. Definitely seems to be going well.
Source

Chatted with the support and they said they doesn’t support eSIM for Pixel 7, I need to purchase physical one.
Source

A customer who allegedly had a conversation with Visible support said that they do not support eSIM functionality on the Google Pixel 7 and 7 Pro at the moment. Do note that physical SIM cards from Visible work just fine.

This is incredibly frustrating for users who have already shifted to eSIM technology and do not want to go back to the physical route.

Here’s what Visible support allegedly said when asked about the reason behind this issue:

It is because there are many different versions of every device, and we need to prepare our network for all of them, which we are always doing but at the moment, there are some of them that hasn’t been included or maybe even that has some restrictions.
Source

As Visible is a service owned by Verizon, many who have already ordered the Pixel 7 or 7 Pro are now worried if their new phone will support their Verizon eSIM.

The fact that generating an eSIM QR code on Verizon is already a painstakingly unreliable process, it’s safe to say that many customers are reasonably concerned.

On top of that, a T-Mobile user also reported an issue where they are unable to activate EID for their eSIM.

okay just confirmed with tmobile prepaid CS that the Pixel 7 will work with esim but on their server end at the moment my eid is showing up as invalid.
Source

It seems that network carriers are taking some time to adapt and fully support the latest Google Pixel flagships.

If you’re looking to buy one, we suggest thoroughly researching and confirming with your network carrier before placing an order.

IST 3:10 pm: According to 9to5Google, Visible has fixed the eSIM incompatibility issues that Pixel 7 and 7 Pro users were facing for a while.

Note: You can also checkout our Google Pixel 7 and 7 Pro updates & bugs/issues tracker. 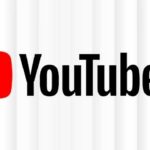 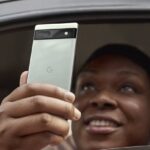