The ‘Fast Pair’ feature acts as a quick and easy way to connect your Google Pixel Watch, Pixel Buds, and Pixel phone to each other.

However, some are concerned as to why the Pixel Watch is not triggering alarm notifications when paired with their smartphone

Many users have been reporting an issue where the Google Pixel Watch is missing a feature that lets them sync alarms with their phones.

My alarms won’t sync. On my other watch, I can dismiss my phone’s alarms from the watch. Is this a bug or something that’s not implemented. Also a sure bug I found was there is no charging icon for my watch on my Pixel 6p battery widget.
Source

Is it possible to have the Google Pixel Watch sync alarms with the Pixel 6 Pro so that you don’t have to set alarms up on multiple devices? Maybe a toggle on the phone that you can select if you want it to be active on the watchalso or only the phone?
Source

Apparently, the alarms set up on the connected smartphones are not triggering notifications on the Pixel Watch.

Users are unhappy about this as in previously released Wear OS devices, the ‘synced alarm’ feature between phone and watch was readily available.

But now, users have to set the same alarms multiple times across their devices.

Pixel Watch is ‘working as intended’

According to a Google Product Expert, the Pixel Watch is working the way it’s supposed to and the two devices are treated differently when it comes to alarms.

In fact, one of the articles on Google Help Center suggests that the function works fine for other wear OS-based devices.

A user believes that switching the clock/alarm app to Google Clock on your phone might help with the alarm syncing issues on the Pixel Watch.

I use the google clock for my alarms on my phone (samsung s9+), and the alarms show up fine on the watch (fossil gen 5). Maybe switching the clock/alarm app on your phone (to google clock) will help.
Source

Meanwhile, the best that users can do is submit their feedback to Google describing how they feel about it in the ‘Tips and support’ section.

Note: You can also check out our Google Pixel Watch update and bug/issue tracker. 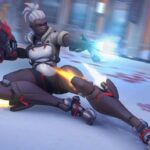