Some Fossil Gen 6 users unable to update to Wear OS 3, watch says 'you're up to date' (workaround inside)

Fossil is one of the most well-known names in the smartwatch segment. The company offers a wide catalog of premium watches, although not excessively expensive.

Some Fossil smartwatches are eligible to upgrade to Wear OS 3, the latest version of Google’s OS for wearables. The Fossil Gen 6 series are among the lucky ones who are already receiving the update.

That said, some Fossil Gen 6 users are still unable to update their smartwatches to Wear OS 3. However, there is a potential workaround for that.

Wear OS 3 is a major update co-developed by Google and Samsung. It includes some of the best Tizen OS features along with much smoother performance and longer battery life.

Therefore, many eligible smartwatch users have been waiting patiently for months for the update to arrive. Unfortunately, some Fossil Gen 6 owners have not been able to enjoy the improvements yet.

According to multiple reports, some Fossil Gen 6 users have not received the Wear OS 3 OTA availability notification since the rollout began.

Fossil Gen 6 will still not update to Wear OS 3

Fossil’s tech support has proven to be totally useless. When I try to follow the steps to update, it just fails repeatedly. Is anyone out there having any luck?
Source

I am unable to wear os 3 update it says it’s up to date.. could you help me with this issue
Source

When affected users try to check the availability of the OTA on their smart watches, they just get a message saying that the wearable is up to date.

Fortunately, there is a potential workaround that has helped multiple Fossil Gen 6 users install the new software:

Just check for updates manually. Once the screen shows upto date keep tapping that very same screen for upto 30 seconds. Worked for many but also didn’t work for a few.

Worth giving it a shot. Got the update via this method myself. 30 seconds is an estimate. Your mileage may vary as some pointed out tapping for upto a minute.
Source

As the rollout just started a few hours ago, it will likely take a few days to reach most users.

But if you’re really looking forward to the update, the shared workaround could help you speed up the process. 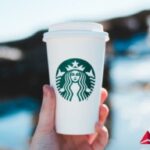 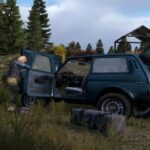 [Update: Nov. 18] DayZ down or not working on Xbox, issue being looked into