Google has recently launched the Pixel 7 series as a successor to the previous Pixel 6 lineup.

Both these devices come with several upgrades compared to the previous generation models such as the new Tensor G2 chip, advanced camera, and a long-lasting battery.

While the Pixel 7 and 7 Pro have received many positive reviews from early adopters so far, there are many users who are also reporting different kinds of issues with them. And you can check them out in our dedicated tracker. 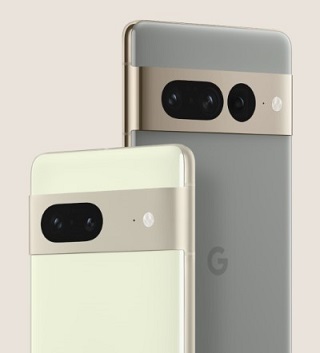 Having said that, Pixel 7 and 7 Pro owners are now reporting (1, 2, 3, 4, 5) yet another issue with the devices where Unblur and Magic Eraser features are missing from Google Photos.

Anyone else having issues getting the magic eraser and the unblur features to show up in their camera app. I’ve been trying to mess around with it for a while now and can’t get them to show up even after letting it install its updates. (Source)

I wanted to try out the new unblur feature in Google Photos in my Pixel 7 but cannot find the option for unblur under Tools. Am I looking in the wrong place? (Source)

Fortunately, we have come across several workarounds that might help you bring back these features in your Google Photos on Pixel 7. You can check them out below.

If the above-mentioned workarounds are not working for you, then you should try updating Google Photos app to the latest v6.10.0.479132423 on your Pixel 7 device.

In case, the update does not appear for the above-mentioned version, then you can try the following solutions:

Also there’s an official workaround that reportedly brings back the Blur feature in Google Photos.

I spoke with my friend at Google and he thinks that you need to take a photo, give it 10-15 minutes to sync and the option will be there now for all photos. I can confirm this works now (Source)

If these aforementioned workarounds aren’t helping you bring back the missing Unblur and Magic Eraser features, you’ll need to wait until Google devs fix it.

Unfortunately, Google hasn’t acknowledged this issue where unblur feature is not showing in Google Photos in Pixel 7 and whenever they do, we will update this story to reflect the latest developments.

11:16 am (IST): According to a user, the reason why they weren’t able to get the Unblur and Magic Eraser features is that the app got stuck with the ‘updating photo editor’ prompt.

Apparently, users need a Wi-Fi connection to finish this step. You can check out the comment for the same below:

Update: my problem was from being always on mobile data, the Photos app would be stuck : “Updating photos editor”, after checking on internet it’s because it cannot update through mobile data.
Source

05:35 pm (IST): Some Pixel 7 and 7 Pro users are experiencing another issue where the Unblur feature does not work or gets stuck on processing.

The issue I have is every photo I’ve tried to unblur just sits there with the activity bar just scrolling across the screen… I’ve waited upto 20 minutes so far, I’m guessing it isn’t meant to take that long?
Source

Note: We have more such stories in our dedicated Google section, be sure to follow them as well. 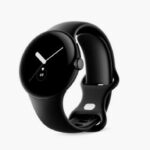