HBO Max is one of the most popular OTT video streaming services in the world. It features several films and TV Shows owned by WarnerMedia.

As of January this year, HBO and HBO Max combined had about 73.8 million subscribers worldwide. It also happened to expand in more than 46 countries in the last one year.

Having said that, many subscribers said problems like the ‘Can’t play title’ bug and subtitles positioning issue have negatively affected the user experience.

Adding to the trouble, HBO Max users who watch on their Xbox are now complaining (1,2,3,4,5) about poor or low video quality on the app.

Users say despite their fast internet connection, HBO Max is the only service whose video quality tanks in just a few seconds and is unwatchable at best.

Many said generic solutions like reinstalling the app and clearing the cache made no difference. Here are some user reports complaining about HBO Max video quality being very low or poor on the Xbox app.

I’m currently trying to watch South Park on my computer, and am using the HBO MAX website to do so. I have a wired connection with ≈900Mbps for the download speed. The video quality starts out totally fine (1080p or better), but after a few seconds reverts back to being pixelated as hell. Has anyone else run into this? There’s no way to force a video quality when streaming, so I’m constantly dealing with this issue. Rewinding by 10 seconds fixes the issue for maybe 30 seconds before it reverts back to low quality.
(Source)

I’m getting more like 180p. It’s unwatchable. I signed up yesterday to watch suicide squad and peacemaker. I got 1 gig internet, I can stream every other site without issue. I tried every troubleshooting guide they have listed on their site. After 2 hours of trying to get it to load in a watchable quality (720p would have been acceptable) I spent 10 minutes torrenting the show and movie. According to HBO my internet connection isn’t good enough to stream in 480p. But I can download all of it in 1080p in less then 30 minutes somehow.
(Source)

As it turns out, the same problem was affecting the web version as well. HBO Mas commented on the matter and said that the issue was resolved on web browsers.

Hello everyone! Thanks so much for your patience as we worked on this video quality issue – we really appreciate it! Those who are watching HBO Max on a web browser should have seen some improvements over the weekend. If you’re still having an issue with video resolution, send us a PM! Thanks so much!
(Source)

We hope HBO Max developers soon notice that Xbox users are also complaining about low video quality issues and fix it in the coming days.

Until then, we will be keeping an eye out for more information and update this space accordingly. In the meantime, make sure to check out our HBO Max bug tracker to see similar issues.

Some others are also mentioning an issue where the streaming in 4K is not available for them (1, 2).

Fortunately, HBO Max support didn’t take too long to acknowledge the streaming performance issues with playback quality and said that a fix is in the works. However, there’s no ETA for it. [Poll results out] Is Overwatch 2 a mere glorified DLC expansion or update rather than proper sequel? 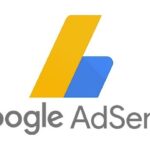