Heavily inspired by Twitter, Truth Social is a recently launched social media platform created by Trump Media and Technology Group. The website was released a day ago on February 21.

It is based on Mastodon, open-source software that uses the AGPLv3 license. Truth Social is also available on iOS as a beta app. And in a matter of few hours, it is on Apple app store’s top charts. While some say they are getting a ‘405 not allowed ‘ error message, others say they are not getting the verification code. Below are some reports from users who are unable to sign up for Truth Social.

So I decided to sign up for a Truth Social account. What a disaster. I had to register 2 accounts because the 1st one just timed out repeatedly trying to login. The 2nd the email confirmation went into promotions and then…the wait number. Hilarious.
(Source)

Truth social has said they sent me a sign up email for the fourth time now in two days—still nothing in any mailbox. Is yahoo mail stopping it, or is it not being sent? I’m sick of messing with it
(Source)

Below are some reports from users who were able to sign up for Truth Social but were put on the waiting list.

Anyone else sign up for Truth Social only to find yourself a 300k deep in a waiting list with new spam sent to your email?
(Source)

Unfortunately, Truth Social is yet to acknowledge or say anything about the sign up not working or users being moved to the waitlist.

We hope the developers are able to resolve the aforementioned issues as soon as possible so those interested can access the social media platform once again.

As always, we will be keeping an eye out on the matter and update this space as and when we come across new information so stay tuned to PiunikaWeb.

11:17 am (IST): Truth Social team has informed on the official status page that they have a maintenance coming up that will take place tomorrow from 5:00 am to 7:00 am ET.

This maintenance will bring major capacity upgrades that will improve the performance and reliability of the platform.

10:55 pm (IST): The official status page of Truth Social has now confirmed that the scheduled maintenance has been completed.

09:41 am (IST): Some users have reported an issue where images were not displaying on the iOS app. However, this problem has since been acknowledged and fixed.

06:01 pm (IST): Former US president Donald Trump appeared to forget the name of his own social media platform during a rally. A video taken during his rally in Ohio caught him saying that he built ‘Truth Central’. More on that here.

10:28 am (IST): Even after Elon Musk acquired Twitter, Donald Trump won’t return to the platform. Instead, he’ll be using his own Truth Social. The former US president will formally join Truth Social over next seven days. More on that here.

11:05 am (IST): After Elon Musk disclosed Twitter’s stake, shares of Digital World Acquisition Corporation, which has plans to merge with Trump Media & Technology Group, fell 13% on Monday. More on that here.

09:45 am (IST): In the midst of recent changes over at Twitter, Truth Social has surpassed Twitter on the App Store with the number of downloads jumping tenfold. More on that here.

10:31 am (IST): Truth Social status page has confirmed that the platform experienced a brief interruption for approximately 5 minutes on April 28 as the team was working to enable new functionality and improved performance in the app.

10:58 am (IST): Donald Trump has finally posted on Truth Social for the first time since the app was launched. He posted a Truth stating ‘I’M BACK’. More on that here.

– Hashtag typeahead is now available when composing a Truth

– Added an error message for the max followers count error

09:53 am (IST): CEO of Truth Social — Devin Nunes — has confirmed that the app will launch on web browser at the end of May.

Moreover, he also said that Truth Social is not yet approved to launch on Google Play Store for Android devices. More on that here.

11:06 am (IST): One of our readers has suggested that users can ditch their old account and create a new one to get rid of the long waiting list.

Thanks for the tip: Marion Thomas

11:23 am (IST): Truth Social status page has confirmed that the platform was recently having a network outage. However, this issue has now been resolved.

10:04 am (IST): Truth Social is now receiving a new update on iOS with version 1.1.1. It brings bug fixes and UI improvements.

11:37 am (IST): Truth Social on its official status page has confirmed that users were facing issues with uploading images. However, this issue has now been resolved.

04:31 pm (IST): The CEO of Truth Social — Davin Nunes — said that people have freedom of speech on their platform and they are not going to censor them for political speech. Despite this, journalists and other users are being banned from the platform for no apparent reason.

09:35 am (IST): Truth Social has confirmed on its official status page that some users were having issues uploading images on the platform. However, this issue has now been resolved.

10:06 am (IST): According to a regulatory filing, Donald Trump will have to wait for six hours after posting a message on Truth Social to re-post it on other platforms. More on that here.

01:34 pm (IST): The owner of Truth Social — Donald Trump — said that Google is purposely keeping the app off the Play Store.

The app is not yet available for Android users as it is yet to get approved for its listing on the Play Store. More on that here.

09:39 am (IST): Google has removed Truth Social from the Play Store as the app voilated content policies. More on that here.

10:35 am (IST): Truth Social is finally available on the Google Play Store. However, the app is simply a web-wrapper instead of a dedicated app. 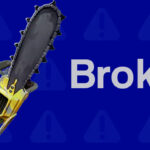