[Updated] Archive of Our Own (AO3) down or not working? You're not alone

New updates are being added at the bottom of the article….

For those of you trying to get your head around why Archive of Our Own (AO3) is not working and throwing an error 502 or 400 bad request, worry not, as you are not the only one facing the issue right now. 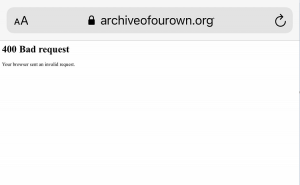 We are seeing a large number of reports from AO3 users who say the service is down and not working for them. Following are some of the reports for you to take a quick glance at:

is ao3 down i need my daily fanfic fix
source

What’s good is the company has officially acknowledged the outage, saying they’re investigating the problem in question. Here is their official statement and followed by the updates on the matter:

We’re experiencing some slowness and errors at the moment and are looking into the cause. Detective

Still poking around and waiting for more sysadmins to be awake at this time. Thank you for hanging in there! (Please rest assured that no particular work update broke the site, although we agree that *would* be hilarious.)

Sincere apologies, we’re still not sure what’s happening and will need to wait a little longer for reinforcements. If it’s close to your bedtime, the Archive will be back in the morning! Sleeping accommodationFull moon with faceSparkles Otherwise, carry on in the replies and be kind to each other. Sunflower

That said, we’re keeping continuous track of all the developments and will keep you posted.

It appears the issue has been taken care off. Here’s an update on the matter.

We’ve restarted things and the Archive seems to be loading again! Party popper But please be gentle; we’re still looking into the cause and aren’t yet confident the site will remain up.

Going by the latest reports on microblogging site Twitter, it appears that Archive of Our Own (AO3) servers are encountering an issue as of writing this, but it’s a routine process. Here’s what @AO3_Status has to say:

We’re about to do some routine updates to the software on our servers, but we don’t anticipate any slowness or downtime. We’ll let you know when we’re done!

The service is down as of writing this, but it’s relieving that the team is already aware and looking into the issue. Here’s what they have to say:

We’re aware of server issues and are looking into it! Please stand by.

The glitch has been addressed.

Looks like we’re back! However, issues may continue until we’ve figured out what just made the database unhappy. Will let you know! Happy bedtime reading / good morning / do your homework / have a splendid day!

As multiple recent reports, it seems that Archive of Our Own (AO3) is down again. The said outage is also highlighted on Downdetector.com and Servicesdown.in.

03:41 pm (IST): Many users have taken to Twitter to report that AO3 is currently down or not working for them.

Fortunately, the support team has acknowledged this issue and said that they are currently investigating it. However, they did not provide any ETA for the fix.

It looks like the Archive isn’t loading or is giving 503 error messages for some users. We’re looking into it! (Source)

06:49 pm (IST): Archive of Our Own (AO3) support on Twitter has confirmed that the recent outage with their service has now been resolved. Also, we haven’t come across any fresh user reports regarding the same.

We’re back! Some routine maintenance on one of our front end servers confused the other servers, leading to high loads and distress. We’ve calmed them down now, and all is well. Thank you for your patience! (Source)

10:10 am (IST): According to fresh user reports, AO3 is currently down or not working for many. Moreover, users are saying that the service is throwing ‘Error 503’.

07:16 pm (IST): User reports on Downdetector have vanished which indicates that the recent outage with AO3 has now been resolved.

10:49 am (IST): The recent acknowledgement from AO3 support on Twitter confirms that they were aware of this outage and it was caused due to firewall/frontend communication issues. However, the outage has since been resolved.

10:47 am (IST): According to reports on Twitter and Downdetector, Archive of Our Own (AO3) is currently down or not working for many.

03:15 pm (IST): The recent outage with Archive of Our Own has now been resolved as we haven’t come across any fresh reports on Downdetector. 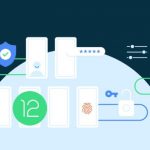 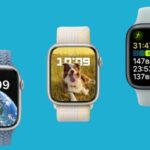