[Poll results out] Should COD: Warzone 2 include loadouts?

COD: Warzone is one of the most successful and popular battle-royale games of the moment. However, COD: Warzone 2 is currently in development as its direct sequel.

Warzone is set in the COD franchise, which means that players have at their disposal dozens of iconic weapons, items, characters, etc.

Some gameplay elements of COD: Warzone 2 were recently leaked. The one that seems to be causing the most discussion is the return of loadouts.

There are many players who are for or against the decision, although it seems that the balance is leaning towards the former. Even so, those who are against the return of loadouts in Warzone 2 are also numerous.

Loadouts will return in COD: Warzone 2, some players unhappy

A loadout is basically a set of weapons and equipment. Players can customize it to their liking to start matches with it.

But some consider that loadouts in a battle-royale game are not a good idea. There are two main arguments for this: the importance of looting and ‘META loadouts’.

Regarding looting, some consider surviving based on the weapons and items you get around the stage to be a fundamental part of the battle-royale experience. So, they feel that a predefined loadout removes that.

Than its very simple. Warzone 2.0 WITH loadouts is not Battle Royal anymore, but FUCKING huge TEAM DEATHMATCH. Warzone 2.0 WITHOUT loadouts is PROPER BATTLE ROYAL that I WILL SEE IT!! DON’T waste Your hopes, because your votings means 0 for InfinityWard and Activision.
Source

I personally don’t wanna see loadouts in Warzone 2. It takes away from the BR experience. Some argue that this is what makes cod stand out but cod already stands out from other games anyway. I want a fresh start.
Source

Some players also feel that loadouts can turn Warzone 2 into a ‘META festival’. With ‘META’, players refer to the most capable and solvent combination of weapons available at the time.

Once the best combinations are discovered, it is likely that most players will start matches with loadouts based on those weapons. This can cause everyone to end up always using the same weapons and items.

Might as well as take out looting because loadouts completely negate 90% of the loop pile system. Also fuck everyone just playing Meta 1 to 2 guns in warzone over and over again
Source

Loadouts suck imo. I always played with stupid things, like my SMG PKM, AR P90, all random/funny loadouts, but people were always using THE BEST loadouts out there. This is why I stopped playing Warzone… I hope they don’t make into WARZONE 2.0
Source

There are also comments in favor of loadouts

But not everyone is against loadouts. Some players are in favor of the return of loadouts in Warzone 2 with their own arguments.

For instance, some point out that Warzone was never a traditional battle royale, and that loadouts have become a fundamental part of the experience, setting it apart from other games.

Again Warzone wasn’t a traditional BR and can’t be after 2 and half years of playin it like that. Loadouts should stay
Source

Loadouts have become a staple as to why WZ is different, why change something that everyone loves? With the Weapon Progression/Weapon Tree you don’t have to grind forever for attachments for each gun. This isn’t PUBG, Arma 3, H1Z1, or whatever. This is Warzone. It’s different
Source

That said, it seems that opinion is leaning in favor of those who prefer to keep loadouts in Warzone 2, according to a recent poll:

What do you think? Should COD: Warzone 2 include loadouts? Leave us your vote on the Twitter poll below and your impressions in the comment box.

[Poll] Do you want loadouts in COD: Warzone 2?

Vote below & read our article here:https://t.co/zWB7AWwlhY

06:44 pm (IST): Poll results are out and while around 43 percent of our readers believe that COD: Warzone 2 should include loadouts, the rest 57 percent think otherwise.

In case you’ve missed out on our poll, you can still share your valuable opinion on the matter in the comment section below. 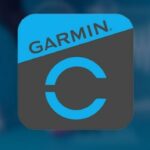