While Disney Dreamlight Valley is currently in early access, developers of the game have already scheduled a series of free content updates that will be released in 2022 and 2023.

The next bug-fixes will be included in the first content update featuring Scar, which will be released later this month.

That said, many Disney Dreamlight Valley players are reportedly experiencing a weird leg glitch with their in-game playable character (1,2,3,4,5).

The affected players say that they are experiencing a visual glitch wherein their character’s leg either swells around the thigh area or shrinks and appears incredibly skinny.

This issue has been a distraction for many Disney Dreamlight Valley players since the leg returns to normal when a character stops, but glitches out when performing activities or moving.

The first few reports suggest this issue has been going on for a while (1,2,3) but there is still no fix for it.

@DisneyDLV my character has this glitch where whenever I’m moving her leg blows up really big and blocky..im unsure if anyone else is having this issue but thought I’d share my experience.
Source

Seriously, this game is perfection (besides the strange leg bug, but I’m wearing princess dresses anyway so who cares xD)
#DreamlightValley
Source

Considering Disney Dreamlight Valley support has not acknowledged the issue, it is unknown when a patch will be released for it.

Fortunately, we have found some workarounds that could help fix the weird leg glitch. It involves pulling out your phone as if you are about to take a picture:

If the aforementioned workaround helped fix the issue, do let us know in the comments down below. Also, once the situation has been resolved, we will update this area, so stay tuned for more information. 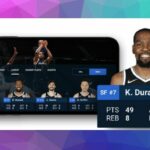