MultiVersus is a PVP fighter game where players can choose from a variety of Warner Bros. characters like Velma, Wonder Woman, Arya Stark, and many more.

However, many MultiVersus players are complaining about an issue where they are stuck in offline mode (1,2,3,4,5,6,7).

It starts when one boots up the game and they don’t get the usual pop-up that asks them to sign into their Warner Bros. account. Instead, the game loads up and displays offline mode.

Due to this, players are only able to play tutorials or access lab and are unable to go online where they can play with friends against other players.

Hey, I just downloaded your game because I’ve seen a lot of people post about on social media, so I downloaded it and everything seemed to be working fine but I couldn’t battle other people and it says offline mode. how do fix this situation?
Source

I’ve been stuck on offline mode on multiversus since i downloaded the game on July 19th and haven’t been able to play a single online match. I finally submitted a ticket today about my issue and they gave a response back basically saying that there is nothing they can do as it has to do with local restrictions in the beta version of the game and that they can’t provide any additional details. What does this even mean, what local issues? If anyone can explain it would be much appreciated.
Source

Affected players have tried restarting their modems/routers, but they quickly realized that the problem isn’t with their internet connection.

In fact, this issue was first reported a few weeks ago and it even got resolved as it was marked as ‘fixed’ on the MultiVersus forum.

So, by the looks of it, Warner Bros. is still unaware of the new reports on the same issue as they are yet to acknowledge it.

In the meantime, we have come across a workaround that you can give a try and see if it fixes the issue for you. For some, changing the age to 18+ resolved this problem. Follow these steps to do so:

1. Go to search type ‘Run’
2. Then Open ‘%appdata”
3. Leave ‘roaming’ and go back to AppData
4. Go to Local > Multiversus > Saved
5. Delete the SaveGames folder
6. When opening the game again, choose an age older than 18
Source

We’ll keep an eye on this issue and update this article to reflect the latest developments.

06:10 pm (IST): According to MultiVersus community page, the issue where the game is stuck in offline mode has now been resolved. 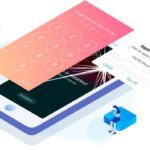