YouTube TV has some of the best channel selections you can think of. Couple this with the unlimited DVR content and you have yourself one of the best premium live TV services on the market.

Just like any other Google product, the app is easy to use on multiple TVs, phones and tablets. And thanks to plenty of storage and other capabilities, its cloud DVR is arguably the best when compared to the competition.

In case you didn’t know, YouTube TV is the only streaming service out there which offers unlimited cloud storage for DVR recordings.

This means you can record any program, be it a TV show, live football match, a movie or any other event, and then later watch the recorded event on any device.

Unfortunately, there appears to be some issues with watching DVR recordings on YouTube TV for several subscribers of the platform, who note that they are unable to skip ads.

I watch Pardon the Interuption on ESPN on my “DVR” but noticed today when I skipped the commercials it then forced on me 4-5 unskippable commercials. This episode was definitely not “on demand” and is marked as on my DVR (grey DVR icon). I’m watching on my iOS device at home in my wifi. Anyone else?
Source

As seen from the reports above, affected YouTube TV subscribers say the platform is forcing ads on every DVR recording with no option to skip them.

While most of these reports are fairly recent, we do have others that have been around for months now, implying this is a longstanding issue.

So far, we have come across reports from Android, iOS and even TV users, further indicating that this could be a widespread issue.

On the brighter side, a community manager seems to be actively tracking the issue and has confirmed sharing the details with the engineering team for further investigation.

Thanks. I’ll share this info directly with the engineering team — that’s definitely not intended. This may take time, but I’ll keep you in the loop here once I get an update.

Another issue that’s actively annoying subscribers is where some are experiencing an intermittent black screen when watching live TV. Apparently, the screen turns black for a few seconds before resuming normalcy.

I watch YouTubeTV on a Samsung Smart TV. Very frequently my TV live stream will go black for a couple of seconds and then pick back up where it left off. No updates needed for YouTubeTV and I’ve tried restarting TV as well. Any idea what’s going on?
Source

And like the issue with unskippable ads on DVR recordings, the YouTube TV team is already looking into the black screen issue and should provide an update on the matter sooner than later.

Stepping in here — the engineering team is currently looking into the intermittent black screen issue. Thanks for already submitting the in-app feedback. When you can, reach out to the YouTube TV support team here. They can gather any more helpful info & get that passed along to the engineering team.
Source

At this point, it’s unclear what’s causing either of these issues, but since the team is already looking into them, affected YouTube TV users should get a fix in the coming days.

We will let you know once both issues get addressed. Meanwhile, feel free to keep an eye on our YouTube bugs/issues tracker for insights into other problems you may be facing with the platform.

IST 10:21 am: YouTube has since acknowledged the issue with unskippable ads in the Library, saying that they’re currently working on a fix.

Luckily, YouTube TV support has acknowledged this issue and said that they are investigating it. However, they did not provide any ETA for the fix.

we’ve seen similar reports about the unskippable ads on recordings and we’re already looking into it. really appreciate your patience (Source)

Hey folks, we’re still working on this but it’s unfortunately taking longer than we’d like. In the midst or restoring some of the older DVRs from last week it’s displacing some from the weekend so we’re trying to prioritize your new recordings work great first and incrementally bringing back the items from Thursday and Friday. (Source)

05:24 pm (IST): A YouTube TV engineer has confirmed that they are working to resolve the issue with VOD recordings and bring back the missing DVR shows from Thursday and Friday.

Hey folks, we’re still working on this but it’s unfortunately taking longer than we’d like. In the midst or restoring some of the older DVRs from last week it’s displacing some from the weekend so we’re trying to prioritize your new recordings work great first and incrementally bringing back the items from Thursday and Friday. (Source)

11:11 am (IST): A YouTube TV engineer has confirmed that they have resolved the issues with missing DVR recordings. 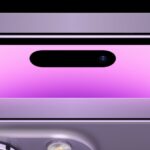 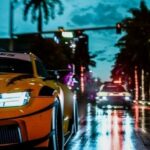