In the past hour or so, many Snapchat users from around the world have taken to social platforms such as Twitter to report that the app keeps crashing on their iPhones.

iPhone users say that after they installed a new update the Snapchat app began crashing upon opening.

The current version history on Apple’s App Store indicates that the app last bagged an update on June 21 as version 11.33.0.35.

This suggests that the details of the latest update are yet to be added. Nevertheless, here are some reports from users for reference.

Snapchat’s newest update has done nothing but crash Snapchat everytime I try to open it. Please fix this (Source)

@snapchatsupport updated snapchat and now it crashes everytime I try to open the app. I’ve uninstalled and reinstalled it too (Source)

Hey since the latest update on iPhone XS Max, the app won’t load up anymore! What’s going on? 😭 (Source)

Some iPhone users have even shared video proof of the app crashing on the device. Here’s one such example:

As you can see, upon launching the app, all users can see is the main page of the app for a split second before it crashes.

Further, the Snapchat app is only crashing on iOS devices such as the iPhone XS, XR, and others as there aren’t any reports of the problem from those in the Android camp.

Snapchat support was quick to catch on to the reports and responded to a user’s complaint that they’re looking into the problem.

The app’s support team didn’t share any ETA for a fix, however, considering that the problem appears to be affecting users on a large scale, it shouldn’t be long before it’s addressed.

As usual, we’ll keep tabs on the situation and will post an update once we come across any further information.

That said, an individual says that there’s no problem with the beta version of Snapchat for iOS devices. So, you can try signing up as a beta tester to use the app without any hassle.

if you install snapchat beta it wont crash (Source)

Do note that you may run into other issues with the beta version but at least you’ll be able to use the app. Well, hopefully.

07:06 pm (IST): Snapchat has published an official statement on Twitter acknowledging the iOS app issue, urging affected users to hang in there as devs work to fix it asap.

09:04 am (IST): Snapchat’s SVP of Product — Jacob — confirmed that the problem should now be fixed for all users.

01:44 pm (IST): Snapchat support tweeted that the issue has been fixed with the latest version of the app — 11.34.1.35. Users can head to the App Store to update it manually in case they’ve it wasn’t installed automatically.

The issue has been resolved. If you’re still having trouble, please manually update to version 11.34.1.35 in the App Store (Source)

07:45 am (IST): Snapchat is down and not working for many as of writing this. Here are some of the reports from micro-blogging site Twitter according to which the app is crashing or throwing a connection error:

What’s relieving is that Snapchat Support has confirmed the glitch a few hours back, saying:

We’re aware of an issue preventing some Snapchatters from logging in. Hang tight, we are looking into it and working on a fix!

09:45 am (IST): Snapchat support has confirmed that the issue has been fixed. In case the app wasn’t updated automatically on your device, the team suggests manually updating it via the App Store.

The issue has been resolved. If you’re still having trouble, please manually update your app in the App Store! (Source)

10:45 am (IST): While support says the issue has been fixed, user reports about the outage continue to populate Twitter.

02:45 pm (IST): For those of you still facing app crashes on your iOS device, clearing the cache or offloading the app could help.

For that, head to the Settings app, tap on “General” and then “iPhone Storage.” Among the listed apps, select Snapchat and then select “Offload App” (as can be seen in the user-shared image below). In order to clear the cache to resolve the Snapchat login issue, go to iPhone’s Settings and scroll down to find Snapchat. Then Look for the “Clear cache” option, and if the toggle next to it is green, tap it to clear the cache.

Just in case offloading and clearing cache doesn’t help, then you may want to delete the app and re-install it.

08:30 am (IST): Snapchat support has once again confirmed that they are aware many users are still experiencing issues with the Snapchat application on iOS devices and are still urging users to update the app manually.

We’re aware that some Snapchatters are still having trouble accessing the app. Please try manually updating Snapchat in the App Store by following these steps. (Source)

11:10 am (IST): Snapchat support has shared a few things users must do in case their Snapchat app is crashing. We’ve shared their tweets below:

(1/3) Make sure you have upgraded to the latest version of Snapchat in the app store. For help with this, please visit: https://support.snapchat.com/a/bug-ios-install . The latest version that has fixes for this issue is 11.38.2.40 (Source)

(2/3) If you have upgraded to the latest version of Snapchat and are having trouble logging in, on the login page in the app click “forgot your password?”, or you can recover your password here: https://accounts.snapchat.com/accounts/password_reset_options (Source)

(3/3) If you are still having trouble accessing your Snapchat account after following these steps, you can contact us here, https://support.snapchat.com/i-need-help, and we can help provide further support (Source)

11:01 am (IST): Many Snapchat users on iOS are now reporting (1, 2) crashing issues with the app after the recent v12.01.0.24 update. Unfortunately, Snapchat support hasn’t yet acknowledged this problem.

@snapchatsupport I just updated the app in my App Store and now I can’t even open snapchat. It force quits it immediately. How do I fix it? (Source)

@snapchatsupport please update it again I have version 12.01.24 and every time I try to open the app it closes out of it 😭 (Source)

@snapchatsupport I cannot open the app anymore after the newest update, it crashes immediately after pressing the Snapchat app icon (Source)

06:39 pm (IST): The recent issue with Snapchat appears to have been resolved as we haven’t come across any fresh reports. [Update: Persists in iOS 16] iOS 15 ruined keyboard autocorrect for some users; others claim it worsens after every update 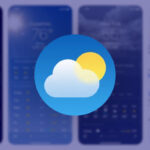