[Update: Persists in iOS 16] iOS 15 ruined keyboard autocorrect for some users; others claim it worsens after every update

iOS 15 is the latest version of the system that powers Apple iPhones. Since its release in September 2021, it has been receiving incremental updates, with iOS 15.4 the most recent stable version.

iOS 15 brought a nice set of improvements and optimizations. But, it seems that some features have become worse compared to previous iOS versions.

iOS 15 keyboard autocorrect is giving iPhone users a lot of headaches as it behaves erratically and unreliably while typing (1, 2, 3, 4, 5).

Constant incorrect word changes, corrections that include grammatical errors, and even word suggestions that don’t even exist are some of the most recurring complaints about iOS keyboard autocorrect.

Autocorrect works enough of the time to want me to keep it around, but it incorrectly changes things often enough to where it’s a genuine hassle.

It corrected multiple typos in this sentence I’m typing now, like a ton. But the amount of times it doesn’t accept foreign names (causing me to have to retype them) or has strange corrections like changing “3D” to “(3D)” for some reason make it genuinely feel like a bad experience.
Source

For instance, the system sometimes capitalizes the beginning of a word that shouldn’t be capitalized, as well as suggesting strange words like “and’s”.

[Rant] Autocorrect, why do you hate me?

Why does autocorrect always try to correct a username where the first letter ISN’T supposed to be capitalized?

But when you need it, such as looking up a name in the Safari search bar, it basically lets you typo everything under the sun.

iOS keyboard autocorrect reportedly getting worse after every update

Some users report that the experience with iOS keyboard autocorrect has been getting worse after each system update for a while (1, 2, 3, 4, 5, 6, 7).

Not only does the system offer worse suggestions, but it also has lost some features that were previously present.

What is wrong with autocorrect

Fuck iPhones. Somebody is purposefully making autocorrect worse than it should be. It gets worse and worse every new update. It changes correctly spelt and used words to things that don’t make any sense. Sometimes it changes real words to something that isn’t even a real word.
Source

As an example of missing features, we have the following reports:

Have you noticed that in addition to not capitalizing obvious proper nouns, autocorrect no longer catches even basic contractions and possessives now like “I’d” and “Mike’s”

This has gotten out of hand. There is literally no excuse in 2022 for the leading smartphone manufacturer with trillions in assets to have an almost non-functional spell correction.
Source

Some users claim keyboard autocorrect started worsening after iOS 14 update. However, it seems that the situation became more pronounced on iOS 15 and its subsequent incremental updates.

THAT would be the correct word for this one too! But I feel it’s iOS 14 that made the auto correct so terrible.
Source

A possible explanation to the problem

The iOS 15 keyboard autocorrect erratic behavior could be because it’s not really ‘smart’. That is, the keyboard isn’t learning from everyday use to adapt to each user (1, 2).

Apparently, iOS keyboard autocorrect only learns specific words from the user. But, it does not learn about the contextual logic that the user usually applies, and only suggests words based on a fixed logic programmed by Apple.

There is no official acknowledgment on the issue from Apple yet. We will update this story once new related details emerge in the future.

NOTE: You can also check the bugs/issues tracker dedicated to Apple iOS 15. 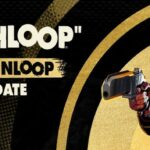