Google Pixel phones are widely popular in terms of affordability and innovative features. They also stop threats with the help of their built-in security features and regular software updates.

Many Google Pixel users recently received the Android 13 update that was packed with various features like improved privacy settings and app theme customization.

However, there also have been a lot of issues that have popped up after the update. One such issue is making the screen unresponsive especially when the DoorDash app is being used.

Many Pixel users (1,2,3,4,5) running Android 13 have been reporting an issue where the screen constantly freezes when DoorDash is in delivery mode.

Has anybody else run into an issue with Google Maps and AA where you try and load up navigation via a link and it doesn’t work? It won’t work for any locations I search for, and won’t load up addresses while I’m doing Doordash.
Source

My doordash and Instacart run super slow and freeze constantly. When I click to read the comments on a TikTok they take forever to load. When I’m browsing on chrome it’s the same fast speed as my last phone, the Google pixel 4. Not sure what to do? My internet speed is always great.
Source

According to reports, the keyboard becomes unusable in every app, the displayed activity doesn’t update, and users can’t receive phone calls when DoorDash is running in the background.

Those affected have tried force-stopping the app and clearing the cache but to no avail.

However, there’s a workaround that may or may not work for all. It includes force closing the Doordash app and restarting the phone.

but the only real fix is to force close Doordash and restart my phone. Of course, it returns the next time I start tracking an order.
Source

This happens with DoorDash and Google Maps, usually the only fix is rebooting (at least for the DoorDash bug). I think the bug is caused by Maps integration.
Source

We hope that the team takes immediate notice of the issue and acknowledges it at the earliest.

Meanwhile, you can check out our Google Pixel Android 13 update tracker to know more about other issues. 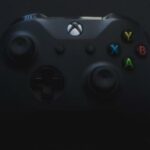