The Call of Duty franchise has always been a commercial success, and the series’ developers make every effort to provide gamers with the best experience possible in each new installment.

Black Ops Cold War is jam-packed with content and is available on distinct console hardware types (Xbox, PlayStation) and a PC version.

The developers updated the game across all platforms on September 26. Sadly, some PC gamers on Battle.net began to experience issues where they get ‘black screens’ and loading animation soon after.

Other players say that when they boot up the game, it crashes, and they get an error code 0xc0000005 and a message that says ‘Scan and Repair’ might resolve the issue.

For many COD: Black Ops Cold War players, this has ruined their gaming experience because they are unable to play the game.

Hey @Treyarch @battlenet y’all’s Cold War update won’t even boot up the game. It makes you sit at a black screen. No loading icon or anything. Can y’all please fix or tell me how to?
Source

Thankfully, Treyarch support has acknowledged the problem and confirmed that they are looking into it. However, they did not provide an ETA for a fix.

While waiting for the official fix, there is a potential workaround that might solve the issue for you. Basically, you need to uninstall and reinstall the game:

We hope Treyarch Studios soon patches the COD: Black Ops Cold War ‘crashing’ or ‘black screen’ issues. When they do, we will be updating this space to reflect the same so stay tuned.

09:55 am (IST): Here’s a workaround suggested by a Redditor that might help you fix the crashing issue. You can check it out below.

Update: I’ve done the classic method of deleting the small (only kilobytes) .idx files from the game’s data folder plus the .exe of the game, scanned for problems, magically the game needed to download 40GB!!! (for a few MBs worth of deleted files) and it is playable again. Try it if you have a good connection and don’t want to wait for a fix… (Source)

04:40 pm (IST): Raven Software has confirmed on its official Trello board that the issue where players are encountering random crashes and black screen has now been resolved. 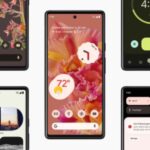