The camera section is one of the most remarkable offerings in both devices. The improvements in the sensors led to a notable growth in the rear ‘camera bump’. However, it seems that the growth in the camera bump brought some unexpected problems. Apparently, the iPhone 14 Pro and Pro Max camera bump is preventing wireless charging on many chargers.

Upon receiving the iPhone 14 Pro, multiple users noted that their current wireless chargers were not working properly with their new smartphones.

The problem seems to be with the iPhone 14 Pro’s big camera bump, which prevents the smartphone from aligning correctly over the charging area on many wireless chargers.

I’m finding that I’m having issues with Qi charging on my iPhone 14 Pro. About half the time I set it down on my charger which faces upright, the charging light continuously blinks (signaling to me that it should be charging but isn’t) and I believe the protruding cameras are the culprit.
Source

14 pro MagSafe charging stand that can handle the camera bump?

My wife’s 14 pro does not fit on her MagSafe charging stand because the camera lenses / bump protrudes out too far and prevents the phone from aligning flush against the area with magnets, making the phone just fall off the stand.
Source

It’s worth pointing out that the problem is not only affecting generic Qi wireless chargers. There are also reports of MagSafe chargers exhibiting the same behavior.

Something I have definitely noticed with my new 14 Pro is how some of my MagSafe accessories don’t fit as well as before. It could also be that is made worse since I’m going without a case, and the case helps flatten that out a little.
Source

Some users suggest that the issue could be an Apple design flaw. After all, there doesn’t seem to be any official warning from the company about potential incompatibilities with current wireless chargers.

That said, it seems that placing the smartphone upside down on the wireless charger has worked for some users to resolve or mitigate the issue.

Not sure this helps, but I have an off brand desktop charger that wouldn’t charge, neither cover on nor off (lens propped it up just enough) Accidentally placed the phone in upside down and it charged fine.
Source

There is no official acknowledgment of the issue from the Apple team. We will update this story once new relevant events on the subject arise.

NOTE: You can also check the iPhone 14 bugs/issues tracker. 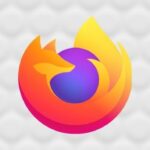 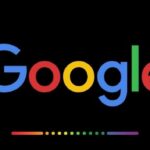