BetterDiscord down, not starting or working? Here's the official word

To offer even more features, there are third-party clients like BetterDiscord. These clients seek to offer additional options that are not present in the native Discord client.

That said, third-party clients are not allowed by the company, so users should be aware that their accounts could be restricted or banned.

Currently, BetterDiscord users are unable to access the client as it is down, not starting or working. However, this has an explanation.

BetterDiscord down, not starting or working

According to multiple reports, BetterDiscord client is currently inaccessible for many users worldwide since it is not even starting.

I haven’t been on my PC in a few days, and upon coming back + updating Discord, Better Discord ceases to function at all. I can’t see plugins/themes/CSS tabs and none of my current plugins or themes are working.
Source

Hello everyone, as the title states, Better Discord won’t launch/start. I have restarted my pc, reinstalled Better Discord, reinstalled the launcher, and have tried repairing it. For some reason, it does not seem to be working.
Source

The problem persists even after a complete reinstallation of the client. So, it seems that its origin is on the server side.

The situation is causing a lot of confusion among BetterDiscord users. But everything has an explanation, and it is in modifications made by Discord (the original service).

The official statement from the BetterDiscord team is as follows:

Discord has pushed out an absolutely massive change that completely restructures all of their internals and changes the functionality of countless modules. This has broken BetterDiscord itself and plugins completely.

According to the statement, the issue will probably receive a fix in the future, but it will take an undetermined time:

It will likely take time to adjust to these changes so please be patient. There will be another post here to let you know when a fix is available for BetterDiscord. However, is no ETA at this time.
Source 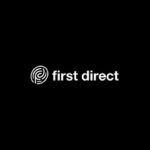 [Update: Fixed] First Direct app & website down or not working? You're not alone 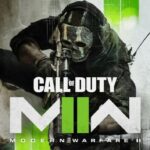