The iPhone 14 series has been hyped for many weeks. After all, it is the first time in a long time that they have received a noticeable change on their front design.

Now, the entire family of smartphones is official and is made up of 4 members. Apple released the iPhone 14, iPhone 14 Plus, iPhone 14 Pro and iPhone 14 Pro Max (the company dropped the ‘Mini’ variant this year) on September 7.

Although one of the main novelties in the series is in the redesign of the notch, not all models boast that. Only the ‘Pro’ and ‘Pro Max’ variants include the new ‘Dynamic Island’.

Continuing with the redesign of the notch, now a kind of ‘pill’ takes its place. The ‘Dynamic Island’ (as Apple calls it) not only changes the shape but adds functionality to this area.

First, the pill will shrink or expand according to the context and running apps. This area will become a kind of ‘extension’ of certain apps, offering information and allowing you to open them from there.

On the other hand, the iPhone 14 ‘vanilla’ and ‘Plus’ retain the traditional notch. Another thing that the ‘non-Pro’ models maintain is a 60Hz screen, reserving the 120Hz for the ‘Pro’ versions.

For the first time in an iPhone generation, not all models implement the same chipset. The ‘vanilla’ and ‘Plus’ variants maintain the Bionic A15 from last year, but the iPhone 14 Pro debuts the new, more powerful and efficient Bionic A16.

Photography is another area that the iPhone 14 Pro and ‘non-Pro’ models differ. The latter offers a dual camera system made up of two 12MP sensors (main and ultra-wide).

On the other hand, the ‘Pro’ models boast a triple camera system commanded by a new 48MP sensor. There is also a 12MP ultra-wide-angle sensor and a 12MP telephoto sensor with up to 3x optical zoom.

As for the software, the new smartphones come with iOS 16 as standard. Also, all of them will get very similar software support throughout their life.

We will be tracking all the software updates, including security patches and bug fixes, coming to the entire iPhone 14 series in this section.

As is often the case with every technology release, users will report errors related to either the software or the hardware. We will keep track of all iPhone 14 series bugs and issues that arise in this section. 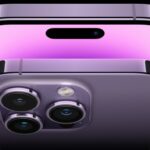