[Updated] Spotify Connect not working or detecting other devices on desktop app, issue being looked into (workaround inside)

Spotify is one of the most widely used music and podcast streaming platforms. It competes with other well-known brands in their niches like YouTube Music and Apple Music.

Spotify Connect is a feature that allows users to use one device (like a phone or tablet) to control music on other devices.

Thus, as long as you’re signed into your Spotify account across all devices, you will have complete control over playback on each individual device.

However, some Spotify users are facing an issue with the ‘Connect’ feature as it’s not working or detecting devices on the desktop app (1,2,3,4,5,6,7).

Usually, the Spotify Connect feature enables users to select from a list of compatible devices that are accessible through the Spotify app in order to control it.

Some users are currently experiencing a problem with this feature. The “Connect to a device” option doesn’t recognize any devices (mobile, tablet, speakers) in the desktop app for them.

Additionally, it does not detect a user’s recent listening history in the desktop app and does not display their listening status in apps like Discord.

@SpotifyCares My windows app doesn’t connect to my phone but my web does connect. I tried everything reinstall,spotify support but i can’t find a solution. What is happening?
Source

I’m having the same issue, i just noticed that because desktop scrobbling won’t work with Last.fm, and it does not recognize any other device you have after that update. If i use the web player or the phone all is good, so they must fix ASAP the Spotify Desktop App.
Source

This problem first surfaced after the most recent Spotify desktop app update (v1.1.94.870). Moreover, when users use the web browser player, all devices can be found on it.

Troubleshooting techniques include uninstalling and reinstalling Spotify on a PC and logging in and out of their Spotify accounts have been tried by some users, but the issues still exist.

The Spotify team is already aware of the issue where Connect is not working on the desktop app. But there is still no ETA for the fix.

Among the reports, there is a potential workaround that could help mitigate the problem. Users need to perform a manual downgrade to v1.1.93 of the app by following these steps:

Please tell us in the comments below if the aforementioned workaround was helpful in resolving the problem. As soon as the problem is resolved we’ll update this area too, so check back for further details.

05:27 pm (IST): Spotify support has confirmed that the issue where Connect feature is not working has now been resolved. 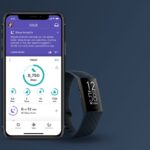