Apple recently rolled out the iOS 16 update that includes plenty of new features and enhancements. It brings a remarkable revamp of the iPhone’s lock screen and exceptional editing tools for iMessages.

However, a number of issues have also popped up immediately after the update. For instance, the battery percentage in the status bar isn’t showing for some iPhones with a notch.

We also came across an issue where the iOS 16 media player’s volume slider went missing on the lock screen. And now, it seems that the update is interfering with the touchscreen. Many iPhone users (1, 2, 3, 4, 5, 6) are reporting an issue where the touchscreen is not working, responding properly or lagging after the iOS 16 update.

iPhone X has a bug on IOS 16, scrolling not working properly unless if you use 2 fingers. Fix this asap
Source

Owing to this issue, some iPhone users feel that their screen is relaying delayed responses and the first touch usually never gets registered.

There are also others who feel that the bug affects the most-tapped region and does not interfere with the entire screen of the phone.

Affected users have also tried restarting and resetting their phones but to no avail.

Some reports even suggest that this issue could be prevalent on iPhones that have a 3rd-party screen. But none of these claims have been testified.

Unfortunately, Apple hasn’t acknowledged the ghost touch issues after the iOS 16 update. We hope that the team comes up with a fix soon.

1:55 pm (IST): One of those affected has suggested a potential workaround that might help you resolve this issue. For that, you’ll have to turn on Touch Accommodations under Accessibility settings and here’s how to do it.

12:21 pm (IST): The iOS 16.1 beta is out for beta testers. However, there’s no indication if it fixes the issue with ghost touches.

01:46 pm (IST): According to one of our readers, the issue with ghost touches persists even in the latest iOS 16.1 beta.

Thanks for the tip: Mehmet Can Şahin!

12:20 pm (IST): One of our readers has suggested a workaround that might help you fix the ghost touch issue. If the solution mentioned in ‘Update 1’ above isn’t working for you, then you can try this and see if it helps.

One partial solution I have found is this: If you want to open and app, Photos for example, press anywhere on the screen with your 1st finger and keep pressing down, then with a second finger press and hold the App you want to open.

This also works for entering a numeric passcode on the lock screen.

Thanks for the tip: R. Joe Brandon!

02:21 pm (IST): Apple has released iOS 16.0.2 for eligible iPhone users. And this update includes a fix for the ghost touch issue.

Addresses an issue where touch input was unresponsive on some iPhone X, iPhone XR, and iPhone 11 displays after being serviced. (Source)

04:46 pm (IST): One of our readers has confirmed that the ghost touch issue is back again after updating to iOS 16.1.

I updated to 16.1 today from 16.0.3 and the ghost bug has taken over my phone. Screens popping up everywhere, tries to delete my camera, call random people on Facetime. It’s awful. I was driving and trying to use my navigation when random touches started happening all over the phone.

It nearly caused me to get into an accident. Apple needs to step up and acknowledge this is a major issue with multiple users and send out a fix ASAP, instead of trying to brush this under the rug.

Thanks for the tip: John Shulak! 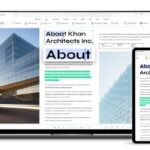