[Updated] Twitter analytics not working or says 'You may only view analytics about your own tweet'? You're not alone

Twitter is one of the most popular social platforms in the world. Millions of people log in daily either to keep up with what’s going on or to share their own minds.

Updates on current events are grouped in Twitter trends. This feature allows users to receive relevant tweets according to their location and personal tastes.

Twitter is also a useful platform for business. Most big brands have their official Twitter profiles either to promote new products or to offer direct support to their customers.

Twitter analytics is one of the most useful tools that brands or community managers have on the platform. It helps them to know the number of interactions or views that each tweet has received, among other useful metrics.

Although considered a particularly useful tool for professionals, anyone can consult Twitter analytics. However, the feature is currently experiencing certain issues.

According to multiple reports, Twitter analytics is not working as users are getting an error that says ‘You may only view analytics about your own tweet’ when trying to access.

Currently, many Twitter users are unable to access their own analytics due to ‘You may only view analytics about your own tweet’ error they are receiving.

Twitter, in typical censoring fashion has made it impossible to view the analytics on tweets you post on other pages. You can now only view the data on tweets you send from your own page. Can’t wait to see how much censoring they do as we get closer to the elections in November.
Source

According to reports, the problem with Twitter analytics not working has been going on for at least a couple of days.

A request for help from a relative newb. I can’t view my analytics anymore. I get “you can only view analytics for your own tweets”, when trying to view my own tweets. Is Twitter messed up or messing with me? This just started a few days ago.
Source

I’m unable to access my twitter analytics. Receiving a message I’m unable to view the analytics of others when I’m clicking on my own postings. it’s been tgs last two days.
Source

The Twitter team hasn’t posted an official acknowledgment of the issue yet, so it’s unclear if they’re aware or if they’re working on resolving it.

We will be monitoring the situation to update this story with new related events that arise in the future.

10:13 am (IST): Twitter support has acknowledged the issue where Twitter analytics is not working and they are currently investigating it. However, they did not provide any ETA for the fix.

Sorry for the frustration. Our team is aware, and they’re looking into this. We’ll reach out if we need more info from you. (Source)

11:03 am (IST): A Redditor suggested that Twitter analytics is working fine on Firefox for desktop. So, you can try this as a potential workaround and see if it helps.

09:33 am (IST): Twitter support has suggested those affected to access the analytics through the web browser as a potential workaround until they implement a fix for this issue.

Sorry about that –– we’re working on fixing Tweet Analytics on iOS. For now, you can check how your Tweets are doing on web. (Source)

11:48 am (IST): Twitter app on iOS received a new update a few days ago. However, this update didn’t fix the issue with analytics. Hence, users will have to wait until the next update arrives.

05:27 pm (IST): A Redditor has confirmed that Twitter users are having issues with Analytics for about a month now. And yet there is no fix for it or an ETA for the same.

05:33 pm (IST): Twitter app on iOS has recently received a new update with v9.27. Hence, those affected can install it and see if it resolves the issue with analytics.

12:00 pm (IST): It has been a few days since Twitter received a new update on iOS. However, it appears that the update did not fix the problem as fresh reports are still coming in.

05:13 pm (IST): In the recent acknowledgment, Twitter support said that they are still investigating the issue. And yet they didn’t provide any ETA for the fix.

Sorry about that. Our team is currently looking into this. We’ll reach out if we have any questions. (Source)

12:56 pm (IST): A new update for Twitter app has been released on iOS with v9.28. However, it does not fix the issue with Twitter analytics.

12:25 pm (IST): Twitter app has received multiple updates on iOS and Android over the past few weeks. However, the issue with analytics remains unfixed.

And yet, support has failed to share any ETA for the fix. In the most recent acknowledgment, they said that the team is still investigating the problem.

Sorry for the trouble. Our team is aware of this, and they’re currently looking into it. We’ll reach out if we have any questions. (Source)

06:03 pm (IST): According to our own testing, the issue with Twitter analytics has been resolved on iOS for those running iOS 16.1 developer beta 2 along with the recent Twitter app v9.29.1.

Hence, you can try and install the iOS 16.1 developer beta 2 and latest app update and see if it helps you fix this issue.

10:18 am (IST): Twitter support has confirmed that the analytics is back on iOS with the latest app update (v9.29.2). Thus, you can install the new version and see if this issue gets resolved.

Tweet Analytics on iOS are back! Update your app to version 9.29.2 when it’s available for you in the App Store to view analytics about your own Tweets. (Source)

05:21 pm (IST): If the latest v9.29.2 update on iOS does not fix the issue with analytics, then Twitter support recommends that you should restart your device. 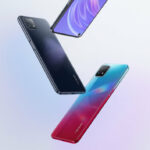 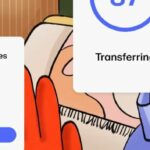 [Updated] WeTransfer down or not working (unable to download or upload files), issue acknowledged