iOS 16 keyboard haptic response weak or not working? You're not alone (potential workarounds inside)

With the launch of iOS 16, Apple introduced a new haptic feedback option for the default keyboard. After enabling this feature, your iPhone keyboard will make a sound or vibrate as you type.

This is an amazing feature that iPhone users have been asking for given that Android users have had it for a long time.

However, many iPhone owners are now experiencing issues with the keyboard haptic response not functioning properly.

Many iOS 16 users claim that the haptic response is weak or seems negligible to them, according to multiple reports (1,2,3,4,5).

The haptic feedback on the keyboard first appears to function well. But after using it repeatedly, the haptic response progressively starts to diminish until it is light or completely non-existent.

Some people tried using various keyboards such as Swiftkey and Gboard to examine this issue and discovered that the haptic response seemed to function normally on them.

When the phone is ringing, the haptics is really strong, but while typing I almost can’t feel them because it is so soft (14 Pro Max).
Source

Am I the only one disappointed in the haptic response to keyboard clicking? It’s just way too weak, barely noticeable, at least for me. Is it the case for everyone or is it just me? Maybe there is a difference between certain phone models. I’m on iPhone XS. How do you guys feel about it?
Source

Another issue that has been bothering many users is the iOS 16 keyboard haptic response not working at all for them (1,2,3,4,5).

Some iPhone users report that even after turning on the haptic touch in the settings, they are unable to feel any haptic feedback while typing on any app.

Also, it acts erratically for a few users who say that they can feel the haptic response, but the sound stops when they enter a third-party app.

However, when they come back to the home screen and use the keyboard for example in spotlight search, the sound and haptic feedback both work fine simultaneously.

IOS 16 Keyboard Haptics not working? Just installed IOS 16, and toggled on my Keyboard haptics just for them to not work. Tried turning the setting on and off, I even restarted my phone but nothing is working. Is anybody else having this issue? I’m on 13PM
Source

Haptic keyboard issue with iOS 16 I hope with the next iOS update there will be a fix to my issue. I have the keyboard haptics turned on on my iPhone 13 and I have even did a hard reboot and it still does not work on my phone
Source

For some, even after updating their device to the iOS v16.0.2, they are still reporting that the haptic touch on the keyboard is still unresponsive or not working.

The addition of this function to iOS 16 thrilled many iPhone users, yet these problems have left some dissatisfied with the keyboard’s haptic feedback.

A couple of workarounds

Fortunately, we have come across potential workarounds for both issues. If the haptic response is not working, try the following:

In case the haptic response is working for you but it is weak or delayed, then you can try toggling system haptics off and back on:

Lastly, resetting all settings also seems to work for some, so give it a try.

The Apple team has not yet officially acknowledged these issues. But as soon as there are any fresh developments, we will update this article. 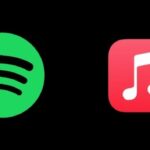 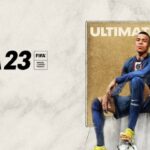