The issue has been resolved. Here’s the official word:

Yesterday, there was an issue causing the Instagram app to crash on Android devices. We’re sorry, and things are resolved! If you’re still experiencing problems, try reinstalling or updating your app. (Source)

09:10 am (IST): The Instagram app has once again started crashing on Android smartphones. Fresh reports about the problem have been popping up on Twitter for the past over 24 hours.

@instagram the app keeps crashing when I try to open it. Goes back to my phones home screen. Read people be having this problem since july 12th…… (Source)

Welp, my tablet decided to screw up my Instagram career by constantly crashing the app on me. I completely give up for now (Source)

Instagram’s communications team is yet to acknowledge the problem or provide any details on when a fix can be expected.

That said, users can try installing an older version of the app by downloading an APK file from a trusted source to see if it fixes the problem.

06:48 pm (IST): It appears that the crashing issue with Instagram has now been resolved as we haven’t come across any fresh user reports on Twitter. Moreover, reports on Downdetector also suggest the same.

12:27 pm (IST): Instagram is once again crashing for many iOS users and those affected have taken to Twitter to report the issue.

06:50 pm (IST): It seems that the issue where Instagram is crashing has now been resolved as user reports on Twitter have disappeared.

01:30 pm (IST): Many users are again reporting that Instagram is crashing for them. The problem seems to be affecting Android users.

09:15 pm (IST): It seems like a recent Instagram update is once again causing the app to crash on Android smartphones. Affected users have taken to Twitter to complain about the problem. 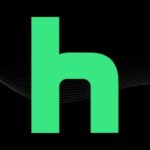