With more than 31 percent market share, Spotify has been dominating the music streaming service niche for quite some time now.

But even with alternatives like Apple Music and Amazon Music on the rise, it looks like Spotify will retain its position in the near future. 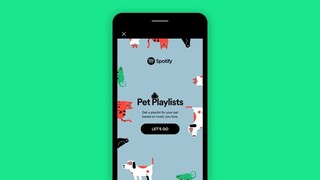 That said, many users have complained about bugs like the Android app not loading or getting stuck on black loading screen and Amazon Alexa not being able to play songs in the last few days.

And as if the aforementioned issues weren’t troubling enough, Spotify users are now reporting that the progress bar stutters or freezes on the desktop version of the app (1,2,3).

Many subscribers say the progress bar freezes or stutters at random intervals without affecting music playback. It is interesting to note that switching to other songs does not fix the issue.

Generic troubleshooting solutions like logging out and back in, restarting the machine, and reinstalling the app aren’t helping either.

Everything seems fine except the functionality of the progress bar. It stops at random intervals, while the song continues. It’s still responsive to my cursor; I can skip through a song and the bar picks up the seconds from there, only to stop again after a dozen seconds. When the bar is frozen, playing other tracks does not refresh it. Only actively tapping inside the bar.
(Source)

Whenever I skip a song that is already playing the progress bar stays at the same amount of seconds I was into that song permanently. The only way I can ‘reset’ the progress bar to work again is to click on it or quit the app, but the issue just re-appears after a short while.
(Source)

As it turns out, Spotify developers are currently investigating the issue where the progress bar stutters or freezes on the desktop version of the app. But they did not share any timeframe of when it will be fixed.

We’ve relayed your reports to our tech team and they are currently investigating the causes of this behavior.
(Source)

As always, we will be updating this space as and when we come across more information so keep checking PiunikaWeb.

In the meantime, make sure you check out our dedicated Spotify bugs and issues tracker to see similar problems affecting subscribers.

02:00 pm (IST): Spotify support has confirmed that the issue where progress bar stutters or freezes on desktop app has now been resolved.

Note: We have more such stories in our dedicated Spotify section so be sure to follow them as well. [Updated] Dead by Daylight (DBD) servers down or not working? You're not alone 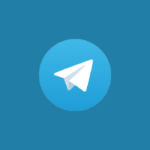