ARK: Survival Evolved is one of the most popular games in the adventure, looting and survival genre.

ARK challenges the player to survive in inhospitable environments full of dangers. They will have to deal with natural threats, wildlife as well as keep track of their own character’s health.

The game is available on multiple consoles and platforms (Windows, Xbox, PlayStation and Switch). However, some players have been affected by a serious vulnerability.

According to multiple reports, the accounts and tribes of many ARK: Survival Evolved players on Xbox and Windows 10 have been hacked and stolen.

Social platforms like Twitter are full of reports related to the issue. Apparently, the vulnerability resulted in the loss of many gamers’ accounts, along with their tribes and resources.

I haven’t been affected, but someone on my server has, and was hacked earlier today. Person hacked a tribemate’s account and destroyed their base across the map. Xbox PvE Official 1590 Gen2. Can I still put in a ticket?
Source

@survivetheark someone hacked into my tribe and another tribe leader accounts and kicked everyone. Small tribes server 267 on xbox.
Source

That’s why WC is addressing this. Been going on for weeks on PC and then Xbox started a little while after that. This exploit is pretty severe
Source

This problem getting bigger on xbox rn
Source

Malicious players were taking advantage of the Xbox and PC crossplay feature to activate the exploit. This explains why PlayStation and Nintendo Switch players accounts are not at risk.

Explanation of the exploit & official word

Those who took advantage of the exploit used the ‘spoofing’ method which consists of the following:

Hey @survivetheark Cheating Program Method allows users to Spoof as someones gamertag PRETENDING to be them where they have access to tribe and can do whatever. This is gonna kill Windows if its not fixed asap. The game is becoming so unplayable by the cheaters trying to kill it.
Source

Once the scope of the bug became massive, ARK devs completely disabled the connection for Windows 10 players while they mitigate or resolve it.

Xbox players can still play as the Xbox Live connection remains active. This is because the exploit necessarily required the use of a Windows 10 PC together with an Xbox console.

We will be monitoring the situation to update this story as events unfold.

05:35 pm (IST): ARK: Survival Evolved devs have issued a statement saying that the vulnerability was so severe that they’ll have to do a general data rollback to fix it.

This means that the progress that players made on Xbox and Windows after September 19 will be lost. Here’s the full statement: 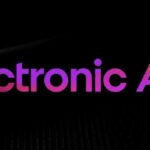 [Update: Sept. 22] Crunchyroll down and not working, users get 'unable to connect' on PS4 ('request failed, bad gateway 502')