Originally developed by TouchType, Microsoft SwiftKey is a virtual keyboard application for Android and iOS devices.

It learns users’ writing style including the words, phrases, and emojis that they commonly use in order to provide a more accurate autocorrect and better predictions.

However, Microsoft SwiftKey is currently not signing into users’ accounts and the keyboard appears jittery.

Many iOS users are reporting an issue where they are unable to access their SwiftKey accounts.

Can’t sign into account. Guess it’s dead for iOS. Used it for years and years. Sad to see it end like this. Anybody got recs for replacement keyboards on iOS? The closer to this the better…
Source

I am trying to login from ios and Google login doesn’t work. I was logged in Android and now can’t login there either. I think I had my Gmail email but was not logging in with the Google account, only email and password, carrying it over for 3 years.
Source

Apparently, users are being prevented from logging into their account because of an error that reads ‘Something went wrong when signing into your Microsoft SwiftKey Account’.

Owing to this issue, it is nearly impossible for many to enable the ‘Backup and Sync’ feature.

It seems that Microsoft SwiftKey was functioning erratically on iOS v15.6.1 as well and it continues to persist with iOS 16 update.

Apart from the sign-in issues, some users are also reporting about the keyboard being too jittery as it randomly keeps moving and jumping up/down.

The size of the keyboard itself is enormous and it just jumps around when I type. Anyone having this issue? Back to the stock keyboard as a result and its so terrible
Source

Interestingly, the janky keyboard issue isn’t exactly new as we came across a relatively older report as well.

A fix is in the works

Fortunately, a Microsoft SwiftKey moderator released a statement saying that the issues are currently being looked into.

Hi, we are very sorry to hear that you are having the issue with SwiftKey. Our engineers are investigating on the issue. We appreciate your bearing with us in the meantime. Sorry for the inconvenience.
Source

We hope that the issues with Microsoft SwiftKey not signing in and the keyboard being jittery get resolved soon.

We’ll keep tabs on further developments of the issue and update the article as and when something noteworthy comes up. 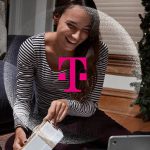 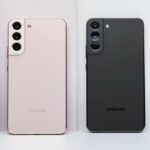