Apple unveiled the latest iteration of iPhone operating system — iOS 16 — at the WWDC 2022 on June 6. The update includes plenty of new features and enhancements.

The latest iOS 16 completely revamped the iPhone lock screen, introducing various customization options to make it unique. You can use your own widgets, customize colors, and choose from photos or built-in wallpapers.

But in iOS 16, the music player takes up the entire screen where it displays the album art in middle and media controls at the bottom. However, it seems that Apple forgot to add a volume slider along with other media controls.

Many iOS 16 beta testers have noticed that Apple has removed the volume slider from the media player on the lock screen. As a result, they are facing difficulties when adjusting volume directly from the lock screen.

It has become inconvenient for users to check volume status or adjust it when the iPhone screen is locked.

They either have to unlock their iPhone and open Control Center to adjust the volume or they have to use the volume buttons to do so.

With the volume slider on the lock screen, you could easily check the current volume status or adjust it by simply sliding the volume level on the screen. However, Apple took this away with iOS 16.

Those frustrated with this change have taken to social platforms (1, 2, 3, 4, 5) to raise their concern. And here are some reports for reference:

I miss having the on-screen volume slider in the iOS Lock Screen playback UI. I hope they add that back before iOS 16 is actually released. (Source)

New UI for music on the Lock Screen. I don’t really like this, but what’re your thoughts? RIP volume slider. (Source)

Apparently, Apple hasn’t completely removed the feature and it still shows up in lock screen while playing music on HomePod, TV, or using Airplay.

But other than that, you won’t see a volume slider on the lock screen media player. Those who aren’t comfortable with the volume slider being removed are now asking Apple to bring it back.

We hope that Apple reverts this change and brings the volume slider back to the lock screen media player, perhaps in the stable version.

That said, we will keep an eye out on the latest developments regarding this matter and inform you as and when anything noteworthy comes up.

11:29 am (IST): Apple has released stable iOS 16 and sadly the volume slider hasn’t been added back to the lockscreen media player.

Hence, users will have to give up on volume slider for now and wait until another iOS update in future to see if Apple brings it back. 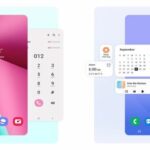 [Updated] Disney Dreamlight Valley 'With Great Power' quest not progressing for some, but there's a workaround