With the recent iOS 16 launch, Apple introduced a few new widgets on the Lock Screen that let you quickly glance at data like the weather, calendar events, time and date, battery level and so on.

Users are also pleased with the return of the Battery Percentage feature which was removed with the release of the iPhone X.

However, there is some section of iPhone users (1, 2, 3, 4, 5, 6) who feel that the new iOS 16 battery icon is quite confusing for them, especially when the Battery Percentage option is enabled.

You know, I am not sure which is worse: A battery indicator that looks “full” yet the number in it could be “20” and you can’t see it because it’s small, or a silly icon that kinda sorta shows how full the battery is.
Source

UI – Battery Percentage/Icon. Don’t you think they should have added a progressing icon as well? For example, I’m at 45% but the “icon bar” is full.
Source

This is quite overwhelming as the battery icon always appears fully black or white (depending on the device theme) even when the phone is showing a battery percentage that is less than 100%.

The only time the icon changes color to red is when the battery percentage drops to 20 or below. It also changes color when Power Saving mode is enabled which then appears yellow.

It seems that the new battery icon was there in the beta version too as a user was hoping for Apple to tweak it before the public release.

On the contrary, some iPhone users are quite satisfied with the new iOS 16 battery percentage icon.

Personally seeing the icon partially drained filled me with angst. How low is it? 20% and 40% are just a few pixels difference. I much prefer seeing the full icon with a number in it.
Source

Apple hasn’t really commented on the confusing status of the Battery Percentage icon yet. So, those who are unhappy with the new design can simply disable the option for the time being.

However, the developers can experiment with the battery icon by drawing inspiration from a mockup as shared by a user.

We hope that Apple soon comes up with a resolution that pacifies users who are displeased with the iOS 16 battery icon.

11:24 am (IST): Apple has reportedly added the battery level indicator along with percentage in the latest iOS 16.1 beta 2. 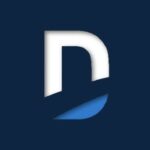 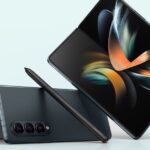