Fortnite is one of the most popular battle-royale games in the world. It currently boasts of having between 2.5 and 4 million players daily.

The game is free-to-play, so you can try it without having to spend anything. Its monetization system is based on micropayments for aesthetic items or some special characters.

The game also offers Fortnite Crew as a monthly subscription plan with multiple benefits. For instance, Fortnite Crew subscribers will always have access to the new Battle Passes that come out.

However, currently many Fortnite Crew subscribers are facing an issue where they are unable to get the latest Chapter 3 – Season 4 Battle Pass.

According to multiple reports, the new Chapter 3 – Season 4 Battle Pass is unavailable for many Fortnite Crew subscribers.

I own the Fortnite crew, and this season, it did not claim the battle pass. It would go the whole way and stop, not giving me it. Is there anything I can do, i am willing to spend v buxs, if I am required to do so, or cancel and re buy. Also, I was having issues when I started the game up.
Source

When I opened Fortnite this morning I expected to immediately get the battle pass but nope, when I try to claim it just sends me to the battle pass screen and no matter how many times I restart my console or game it won’t let me claim it.
Source

Many Crew subscribers have had to purchase the latest Battle Pass separately to start playing it and not be left behind in terms of stats for the competitive area.

The Epic Games team is already aware of the issue and working to resolve it, but there is no ETA for a fix yet.

We are investigating an issue preventing some active Fortnite Crew subscribers from receiving the Battle Pass. We’ll provide an update when we have more information.
Source

According to one player, those Crew subscribers who purchased the Battle Pass separately will receive a refund of 950 Vbucks (Fortnite in-game currency) once the issue is resolved. 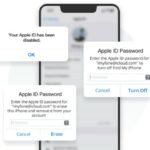 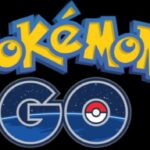 Pokemon Go 'Mega Aggron does not respond when fed berries' bug gets acknowledged, but there's a potential workaround