Fitbit app crashing when logging or scrolling through custom food list on Android, fix in the works

Fitbit products help people keep track of various fitness-related activities like distance walked, heart rate, sleep quality and so on. The data is then represented graphically in the Fitbit mobile app.

However, it becomes quite an issue when the app stops tracking food and calorie intake (as it did in the past) or starts crashing repeatedly.

That said, many Android users are currently reporting an issue where the Fitbit app keeps crashing while logging or scrolling through the custom food list after the v3.66 update.

I have the exact same issue. The trigger is when you scroll to the very bottom of the list. However only a partial list is ever shown as it fails to load the complete custom food list. I tried logging out, clearing cache, clearing storage and uninstalling the app – all at same time. Nothing works.
Source

So today , we are back on the carb counting, so I go to Custom foods and scroll down as before, but when I get to the bottom of my 1st page, the screen goes blank, then it reverts to the Food main page.
Source

The crashing is triggered when someone scrolls down to the bottom of the custom food list while trying to add new items.

Owing to this, users are either taken back to the dashboard or the app shows a ‘Something went wrong with Fitbit’ error message.

Affected users have tried clearing cache, reinstalling the app and restarting the phone but to no avail.

According to multiple Fitbit Moderators, the team is aware of the crashing issue and is working towards resolving it.

We hope that the issue with the Fitbit Android app crashing on the custom food list gets resolved soon. We’ll keep tabs on further developments and update the article as and when something noteworthy comes up.

Note: We have more such stories in our dedicated Fitbit section so be sure to follow them as well. 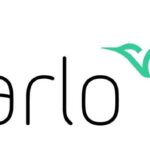 Arlo security camera 'Schedule' mode not working or gets set to 'Disarmed'? You're not alone, issue being looked into