Instagram is one of the most used social platforms worldwide. The service started out as a photo-focused app, but now also offers short videos.

Images and videos can be uploaded in two Instagram sections: live feed and stories. The difference between both sections is that Instagram Stories are automatically deleted after 24 hours.

That said, currently many users are frustrated due to a change in the Instagram Stories behavior where they are auto-playing with audio even with phone on silent mode.

Normally, Instagram Stories with audio included were played with the sound turned off if the user device was set to ‘silent mode’.

But, the behavior of Instagram Stories changed after a recent update. Now, Stories play automatically with audio on even with the phone in ‘silent mode’ and users are unable to mute them.

Can someone tell me how to stop the audio from automatically playing when opening up people’s stories?
Source

Just noticed it today. I usually check Instagram stories when riding a bus or waiting in line in the store, now it’s impossible to do it without first manually bringing the phone sound level down before opening Instagram and then remembering to put it back again due to audio.
Source

The change is frustrating many users who have been accustomed to traditional behavior for years. The auto-activation of audio in Instagram Stories is being a nuisance for many.

A Redditor suggested Instagram would like to make Stories more similar to Reels as the potential cause of the change:

According to reports, the new update also brings a bug that makes the situation even worse.

It seems that Instagram Stories audio is forcing priority over audio from other apps. That is, the sound overlaps that of other music or podcasts apps.

The audio even continues to play when you exit the Instagram app. The only way to fix this is to forcefully close the app.

Yes, this has been happening to me all day. Even worse— the story sound continues after I close my screen. I have to force close Instagram to make it stop.
Source

There is still no official acknowledgment of the issue from the Instagram team. But, there is a potential workaround you can try (access the link from here):

10:48 am (IST): A Redditor pointed out that they are facing the same issue with Facebook stories as well. This suggests that Meta might have made some changes to these social media apps.

However, there is no official acknowledgment from Meta over the same as of yet.

09:33 am (IST): One of our team member has confirmed that this isn’t an issue in the previous version of the app. That means stories are playing without sound when phone is on silent mode in v250.0.0.21.109.

05:47 pm (IST): Facebook app has received a new update on iOS with v383.1. Hence, users can install this update and see if issue with auto-playing stories persists.

04:10 pm (IST): One of our team members has suggested a temporary workaround for Instagram users on iOS.

After making the aforementioned changes, every time you open Instagram, the volume will be reduced to ‘0’ and stories won’t be audible until you manually increase the volume.

09:42 am (IST): A Meta spokeperson has confirmed to 9to5Mac that this is an iOS bug and it is fixed in the latest version of Instagram app on iOS.

Google Chrome out of memory crashes persist after v105 update, devs still looking into it (workaround inside) 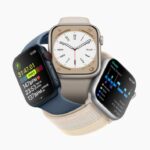